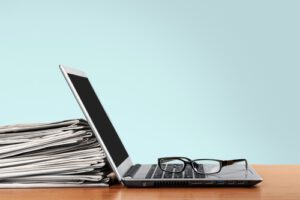 The tech industry continues to generate huge profits, and for good reason. Internet usage in its various forms keeps growing, leading to demand for tech-related products and services.

Over the years, various sectors within tech have driven revenue, and the latest is the cloud. Here is a look at how technology companies are harnessing the cloud to generate billions of dollars in revenue, as well as which companies may be left behind.

Why the Cloud, and Why Now?

Huge profits are nothing new for the tech industry. In the 1990s, the internet rolled out to the mainstream, causing PC sales to skyrocket and the dot.com boom – and subsequent bust. Later, internet advertising began generating revenue.

While other sectors still make plenty of cash, the cloud is the latest driver, and it has mobile technology to thank.

These days, 68 percent of U.S. adults own a smartphone and 45 percent own a tablet. For many, mobile devices have become the go-to device for web browsing and other online activities.

However, mobile devices such as smartphones and tablets don’t have the memory PCs do. That means much of the data and information consumed via mobile devices is stored on the cloud.

Take music, for Instance. Ten or 15 years ago, you likely had all of your music stored directly on your computer and/or iPod. Today, more and more music lovers rely on streaming services such as Spotify or Google Play to host and manage their music collections, driven by the cloud.

The Proof Is in the Profits

Look no further than the recent round of earnings reports to see the influence the cloud has on the tech industry.

During the second quarter of the year, Amazon’s cloud unit reported nearly $3 billion in revenue, a 60 percent increase.

Google and Microsoft are also huge players in the cloud space. The segment of Google’s business that includes its cloud services rose 30 percent to .2 billion in the second quarter, while Microsoft expects its cloud-computing businesses to generate $20 billion in annual revenue by 2018.

Further, because the mobile internet largely depends on it, the cloud generates plenty of indirect revenue as well.

Take mobile marketing, which mainly serves ads to users via cloud services. Facebook is expected to generate more than $23 billion in global ad revenue this year, and in the second quarter, 84 percent of its ad sales were mobile.  That’s just one company.

Not All Companies Benefit

One sector that has taken a hit with the rise of cloud computing is the PC market. With smartphones and the cloud now the main focal points of the tech sector, companies that depend on PC technology for their revenue have suffered.

For example, PC chip manufacturer Intel saw profit decrease 51 percent in the second quarter, as the company restructures to focus less on PCs. Intel should be back, however – it hopes to use its technology to become a company that helps run the cloud, which needs a massive amount of servers to operate.

Cloud computing is on a roll, but it’s not without its faults. The top concern among business and IT professionals with migrating its digital setups to the cloud is security. In fact, in a recent survey, 67 percent said security would slow down migration, while 55 percent believe there will be more data breaches or other security issues.

That said, businesses of all sizes are using the cloud for their IT infrastructures, and there are still years of growth to come. When large and influential tech companies like Google and Microsoft say they’re going to invest and innovate in cloud computing, it’s a safe bet the dollars will continue to flow.