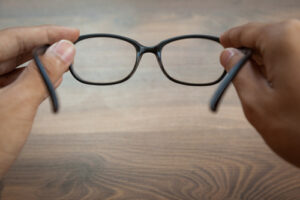 Is Automation The Future Of Radiology?

For those of you who don’t already know, radiology is a subset of medicine that specializes in the diagnosis and treatment of diseases, illnesses and injuries based on imaging techniques. X-rays, MRI’s, CT scans, ultrasounds and PET scans all fall under the umbrella of radiology. Even within this medical niche you will find doctors that are highly specialized in treating certain parts of the body. Once you go down this rabbit hole, you will be shocked to see how deep it can go.

But how close are we to having the entirety of radiation automated by all-knowing robots that can do the job equally well, if not better than our well-trained doctors? The idea of automation in medicine is nothing new, as our exponential progress in technology has brought up the valid concern that robots are the future of medicine. We are already in the process of designing nano-sized robots to solve certain medical problems. We invest millions of dollars in building the best equipment that doctors and healthcare workers can get their hands on. What stops us from taking it one step further and having robots perform our jobs without having to lift a finger?

Take IBM, for example. Their radiologist software Avicenna is already showcasing the future of automation in action. It was specifically programmed to make diagnoses and suggest treatments based on the patient’s medical images and data within their record. Early demos are already showing that its accuracy is on par with independent diagnoses made by trained radiologists. With more data fed to this software in the form of millions of anonymized patient data, it will gradually escape from demo testing and become a seriously useful tool in hospitals all around the world.

Another recent case study of robot-guided radiology in action is Entilic, a deep-learning machine system that is engineered for medical image recognition. According to a test that involved analyzing a CT scan of a patient’s lungs done against three expert human radiologists, “Enlitic’s system was 50% better at classifying malignant tumours and had a false-negative rate (where a cancer is missed) of zero, compared with 7% for the humans”. If this is the kind of result that we are seeing from a startup, just imagine what the implications will be when this technology is fully developed and integrated with the IT systems in healthcare facilities worldwide.

Many people are divided on the implications of automatizing the radiology-guided diagnosis and treatment of patients. The common argument against automation is that it will put a lot of radiologists out of work. Several decades of intense study and hard work will be thrown down the drain because a machine will be able to do their job with greater accuracy and success. Thanks to advances in artificial intelligence and deep learning within machines, this possibility cannot be disregarded any longer. We are already seeing several jobs in the transportation and manufacturing industries being lost to robots and well-programmed machines.

On the other hand, those in favour of automation are arguing that radiology robots are going to help radiologists do their jobs instead of taking them away. Indeed, we still have a long way to go when it comes to rigorous testing and optimizing the ability of intelligent programs to accurately diagnose complex medical programs. One might go as far as to argue that radiology software will act as a checking system in which we can compare independent diagnoses against a machine-produced result. In the end, problems would be found far sooner and fixed far faster. It could even lead to reduced patient wait times!

We are fortunate enough that medical automation is still in its early developmental stages. There is still time left in the future for us to debate over the pros and cons of automation in radiology. No matter the outcome, it is blatantly clear that jobs needs to be at the forefront of this discussion. Either we provide hard-working radiologists with a new career path, or we find a way for automation to work alongside their work instead of against it.