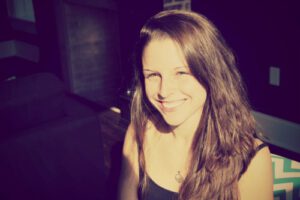 With cloud computing still gaining steam among mainstream consumers, enterprise and governmental entities alike, some of the biggest information technology developers are now making bids for industry dominance. As a recent poll by RightScale reports that 95 percent of all respondents are currently using the cloud, there’s a large and diversified target audience to accommodate.

1. Microsoft and Adobe Join Forces Within the Cloud

One of the latest events in the world of cloud computing, the recent partnership between Microsoft Corporation and Adobe Systems Inc., will bolster the company’s’ service offerings by integrating various Adobe software with the Microsoft Azure cloud platform. Initial programs offered include Photoshop and Illustrator.

Additionally, Microsoft will utilize Adobe’s own marketing programs as the preferred option for managing key customer relationships. The new venture is expected to strengthen both companies’ competitiveness in the industry, particularly against challengers such as Amazon and Salesforce.

2. The Launch of the Salesforce Commerce Cloud

Not to be outdone, Salesforce is expanding its presence through the launch of the Salesforce Commerce Cloud. Announced shortly after acquiring the Demandware, a popular e-commerce system, the new cloud is meant to close the gaps between physical and online retailers while increasing their reputation in the areas of marketing, sales and IT.

Salesforce’s Commerce Cloud adds nearly 2,000 new sites to an e-commerce brand that already includes names such as Adidas and Pandora. Apart from increasing the size of Salesforce’s family, the new service also features user-specific product recommendations, the ability to arrange product search results according to their relevancy, and in-depth commerce analytics.

The Plex Media Server was originally created in 2008 after its original developers parted ways with the development team of a different media app. While it’s been struggling to carve out an existence in their highly specialized niche, the launch of the new Plex Cloud might very well mark the beginning of the end for its endeavors.

At first glance, the Plex Cloud seems like a great idea. Its purpose is to provide users with cloud-based file hosting of movies, music and digital images. While this concept isn’t inherently unlawful, users who store copyrighted or pirated content could be found guilty of breaching their cloud provider’s terms of service as well as federal law.

As Matt Burns clarifies on TechCrunch, “Amazon Web Services does not prevent users from uploading such content. But AWS will likely remove it as soon as it’s identified.”

Major IT developers are pushing for increased cloud adoption across the entire spectrum of users. This is especially true in the healthcare industry, where there is a growing interest in cloud-based health records for easier information access and updating.

While web-based recordkeeping and cloud-based data storage options both share many of the same benefits, certain organizations are still hesitant to adopt modern cloud services. In this case, web-based electronic health records can be a great alternative. Not only does this give you many of the advantages associated with modern IT, but it can pave the way for future cloud integration down the line.

Some of the most common perks of both web-based and cloud-based recordkeeping include:

Staying on Top of the Latest Cloud Developments

The world of cloud computing is a highly complex, dynamic and fast-paced business. Although it’s certainly important to monitor the ongoing evolution of the industry, you should always take care when adopting and embracing the latest advancements. While the majority of these innovations are meant to aide and support your success, either as an individual or as an organization, some may actually cause more harm than good.