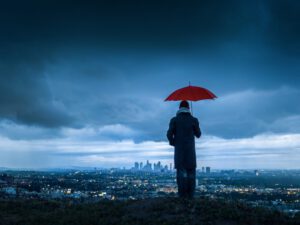 Connecting the Power of IoT

I come not to bury Caesar. Nor do I come to bury his estimates. Estimates, attempts based on data filled with holes to produce a best-guess scenario. Start with how you gather data and from there how you determine what the risks are going forward. Estimation is tough, so you want to caveat your assumptions. You want to make sure you are on the low side, not on the high side.

Alternatively, you can be slightly on the high side, but not way over-estimating the change or impact. So it is my exception that in fact the estimates published so far for Internet of Things solutions are low. The question though isn’t that they are low, but rather by how much.

So a couple of meanderings first… A connected car would count as X number of IoT devices. I say X number here because at this point there really isn’t a standard and frankly every car has different levels of IoT connectivity. If your car has a device that connects to your cellular phone, that counts as one IoT connection. If you have a second connection in your car that is linked to a manufacturer, that represents a second IoT connection. Between those two connections however, you could have nearly 100 IoT sensors. This would include automatic braking, cruise control and lane control, just to name a few. There is also the broader concepts of crash and report sensors—when the airbags deploy, the car automatically calls 911.

(Geez, he is meandering all over the place. What’s the point?) Well first, I would like to mention that I personally am a geek. I have begun the process of automating my home. I have connected TV’s and many other connected devices available today. In fact, I now have over 100 connected devices currently in my home. The reason I am bringing up this number has to do with the fact that I know there are MANY people that have more IoT devices deployed in their homes than I do.

I also happen to know you always throw out the highest end when providing an estimate. If your basis of the estimate is on the high-end, you will invariably become frustrated. This is mostly because the high-end isn’t a true overall number. Still, there are between 2.5 and 3 billion cellular phones on the planet today. If we take industrial, Government and home IoT devices and add in the cellular phones, this number is greater than 12 billion worldwide. My basis for this is the logical breakdown of the numbers.

First off, I think analysts missed the high-end of power users when it comes to IoT devices. Even if we remove the outliers, we still have a large population, maybe as high as 500 million people with more than 12 devices per member of the household on average. Just this population and deployed cellular devices (also IoT devices) would come out to between 7.5-8 billion deployed devices. There are between 2-3 million deployed cameras for business and home security in New York City alone, so this number would likely rise to closer to 20 billion IoT devices actually deployed in the global market today.

By the way, you probably remember that I opened with the fact that I didn’t come to bury Caesar. I understand why the analysts choose to publish lower numbers. My numbers come with an inherent risk. I could be wrong. I could be off by a factor of .2 or even .3. Even with this margin of error, I still think the published numbers are on the low side. My gut in playing with and laying what I believe the real numbers to be is that the analysts are off by 50% today. I believe there are between 18 and 22 billion IoT devices deployed right now. Depending on how things move, by 2020, this number will be closer to 100 billion deployed devices.

Frankly, I worry a bit based on the reality of these numbers, and that’s why I started evaluating this. I believe home networks are going to be the first to topple. First off, it is fairly easy to crack most home routers, and secondly because they are not made to support the load of all these new IoT devices. The noise-to-signal ratio in an overused home network will allow more and more hacks to go undetected for longer periods of time.

SO, the risk is that the home network becomes saturated and falls over. This presents significant risk for businesses, as every employee that works from home presents a new and potentially hard-to-catch security leak. When friends ask what can I do to prevent this, I always tell them this simple answer: Go and buy a new Wi-Fi router. Create an easy password for the networks on that router and plug it directly into your router. Then only connect IoT devices in your home to that network. You can still get all the data from the IoT devices that you want. But now, you have a separate network segment that will reduce total bandwidth consumed. And if something happens, you can unplug that router from the internet. The best security strategy for Internet-connected devices remains from removing the Internet connection.

I come not to bury Caesar, but I would like to know where he keeps his IoT devices!