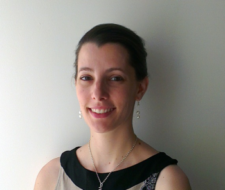 The Growth of Blockchain and Distributed Ledger Technology

Blockchain, also known as Distributed Ledger Technology (DLT), is the innovative technology behind Bitcoin. The impact of Bitcoin has been tremendous and, as with any revolutionary technology, was treated initially with awe and apprehension. Since its open source release back in 2009, Bitcoin became a transformative force in the global payments system, establishing itself without the aid or support of the traditional financial infrastructure. While initial usage saw huge success in black markets, Bitcoin defied odds, and the blockchain technology spawned other cryptocurrencies, exchanges, commercial ventures, alliances, consortiums, investments, and uptake by governments, merchants, and financial services worldwide.

On August 12, the World Economic Forum (WEF) published a report on the future of the financial infrastructure, and in particular on the transformative role that blockchain technology is set to play. Notably, it analyzes the technology’s impact on the financial services industry and how it can provide more transparency and security. Potential use cases are examined, including for insurance, deposits and lending, insurance, capital raising, investment management, and market provisioning. The report also looks at the current challenges in instituting a widespread implementation of blockchain, many of which will require international legal frameworks, harmonized regulatory environments, and global standardization efforts.

DLT is already having a serious impact on the financial services industry. The WEF report states that 80% of banks will initiate a DLT project by next year, and more than $1.4 billion has already been invested in the technology in the past three years. More than that, governments and law firms are seriously staking their claim in advancing the technology. Law firm Steptoe & Johnson LLP recently announced the expansion of its Blockchain Team into a multidisciplinary practice involving FinTech, financial services, regulatory, and law enforcement knowledge. The firm is also one of the founders of the Blockchain Alliance, a coalition of blockchain companies and law enforcement and regulatory agencies, alongside the U.S. Chamber of Digital Commerce and Coin Center. This expansion is an endorsement of the potential of DLT, within and eventually beyond financial services.

The possible applications of blockchain are already being explored in numerous new sectors: energy, transportation, intellectual property, regulation and compliance, international trade, law enforcement, and Government affairs, among many others. Ethereum is one blockchain endeavor that features smart contract functionality. The distributed computing platform provides a decentralized virtual machine to execute peer-to-peer contracts using the Ether cryptocurrency. The Ether Hack Camp is launching a four-week hackathon in November 2016 for DLT using Ether. Currently, the Camp is requesting developers to propose ideas to the public, which will be voted on by registered fans and those selected will be able to take part in the hackathon. The ideas can be seen online already and are vast and varied, ranging from academic publishing without journals, music licensing reform, decentralized ISP, voting on the blockchain, alternative dispute resolution, and rural land register. The idea winning first place in November will collect $50,000 USD.

IBM is one of the most dynamic forerunners currently pushing DLT for the IoT. The firm just announced it is investing $200 million in blockchain technology to drive forward its Watson IoT efforts. The firm is opening up a new office in Germany, which will serve as headquarter to new blockchain initiatives. The investment is part of the $3 billion that IBM pledged to develop Watson’s cognitive computing for the IoT. The goal of the new investment is to enable companies to share IoT data in a private blockchain. A commercial implementation is already underway with Finnish company Kouvola Innovation, which wants to integrate its capabilities into the IBM Blockchain and link devices for tracking, monitoring, and reporting on shipping container status and location, optimizing packing, and transfer of shipments.

IBM is working hard to align its IoT, AI and Blockchain technologies through Watson. The new headquarters in Germany will be home to a Cognitive IoT Collaboratories for researchers, developers and engineers.

Many of IBM’s current projects are developed leveraging the open source Hyperledger Project fabric, a consortium founded by the Linux Foundation in which IBM is a significant contributor, alongside Cisco and Intel. IBM pushed its involvement even further with the June launch of its New York-based Bluemix Garage. The idea is to allow developers and researchers the opportunity to use IBM Cloud APIs and blockchain technologies to drive cognitive, IoT, unstructured data, and social media technology innovation. Just one month after the launch, IBM announced the launch of a cloud service for companies running blockchain technology. The cloud service is underpinned by IBM’s LinuxONE technology, which is specifically designed to meet the security requirements of critical sectors, such as financial, healthcare, and government.

The potential for DLT is certainly broad and rather long-term, but the engagement by the financial services industry is a testament to its potential. While FinTech remains the big focus for blockchain technologies, its success will drive the use of DLT for other areas. The promise of blockchain is to deliver accountability and transparency; although this could be disrupted significantly if announcements, such as the one made by Accenture on ‘editable’ Blockchain, become a reality. While banks may welcome the feature, it would be a serious blow to not only the integrity, but also the security of blockchain technology.

Her past experience includes working as a cybersecurity policy analyst for the United Nation’s International Telecommunication Union in Geneva, Switzerland.

Michela obtained both an LLB in English and French Law and an LLM in Information Technology, Media and E-commerce from the University of Essex.