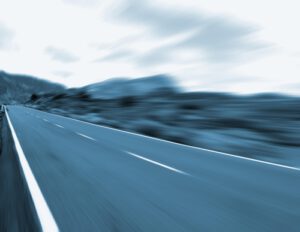 The Evolution of Venture Capital – Matt Keezer vs George Doriot

The Evolution of Venture Capital

It was the general consensus in the aftermath of World War II that the US would fall back into depression. US government bonds were only yielding 2% at best, and many investors were willing to accept that. However, some were not, and this is when Venture Capitalism in its current form was born – prior to the war, Venture Capital investments came from wealthy family groups like the Rockefellers.

Georges Doriot, who many consider to be the “Father of Venture Capital”, was one of first to create a non-family based venture model with the founding of the American Research and Development Corporation (ARD). ARD’s early investment record is typical of more traditional models of venture capital; they had a few failed ventures (e.g. Island Packers – tuna fish packing), a few that produced modest returns (e.g. Tracer Labs), and one investment replenished the fund of all its losses (Digital Equipment – a chip manufacturer). ARD based all their investments on the idea of “taking calculated risks in select [growth] companies”, whilst still looking for companies that had passed key landmarks, such as having passed the test tube stage, with patent or IP protection.

In the spring of 1961, Doriot gave a talk (that later became a book) which he titled ‘Creative Capital’, that outlined the optimum model for Venture Capital investment; one that he had built over the past 15 years. Doriot’s thoughts on venture investing were that:

Over the past quarter of a century the Venture Capital landscape has changed considerably. The cost of starting a company has dropped considerably, from $2 million in the late 90s to little more than the cost of running a website today. This development means that serious venture investment is no longer required in the early stages of a start-up – micro ventures and crowdfunding sites like Kickstarter have stepped in to fill that investment void.

So where does that leave traditional venture capital? ‘Old school’ Venture Capital firms with 10-year investment vehicles, that tend to yield mediocre returns, are starting to realise that money is a commodity. Fred Wilson of Union Square Ventures has even predicted that venture capital in its current iteration won’t be around in ten years.

However, there are a small number of more modern Venture Capitalist firms that are trying to find newer, more innovative, and ultimately more profitable ways of investing. Matt Keezer, CEO at Momentum Ventures, has been attempting to bring Venture Capital into the 21st century, with his very own three pronged approach to modern investment:

In contrast to George Doriot’s Venture Capitalist model, Matt and Momentum Ventures don’t buy into the notion that there has to be high levels of risk to foster true innovation and success. In a previous interview with CloudTweaks he commented,

“I have a hard time not feeling bad for the entrepreneurs spending their time and careers on a failing project. However, some believe that this extreme level of risk is necessary for true innovation. I disagree with that notion.”

Momentum Ventures have committed themselves to trying to reduce the risk that is somewhat intertwined with Venture Capital investment, they take pride in being what Keezer calls an “anti-venture capital” firm. They are attempting to bridge the divide between Venture Capital and the process of building a strong and reliable business, a divide that seems illogical in its conception. Crowdfunding and the rise of the internet has forced Venture Capital to grow and adapt, as there is nothing to suggest that the incentives that drive their investment have disappeared.