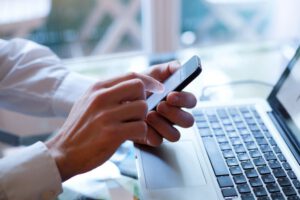 Brocade Digital Transformation and the Pursuit of Network Visibility

Network Visibility was being touted as a major issue for networks and network managers as far back as 2014. However, despite the massive upheaval in the tech landscape, even in the last two years, this still exists as a problem that many companies have failed to address. Global data centre traffic is expected to grow by more than 300% in the next 5 years, business and enterprise networks continue to expand and grow more complex, and all while their need for control of their network becomes a bigger and bigger issue for both functionality and security. These issues can be addressed by increased network visibility.

Network visibility is, in simplistic terms, “Simply put, it is the awareness and control of applications, data, and users on a WAN or LAN network”. It allows you to monitor and control all users, devices, and applications on the network in real-time, giving you both a detailed overview of your network as it currently exists, and an insight into how your network can grow and develop in the future; through data analysis and tracking usage trends.

According to IDC, “Two-thirds of CEOs at Global 2000 companies will place digital transformation at the center of their corporate strategies by the end of 2017…”

Over the past year Brocade have made big advances in network visibility, automated workflows, and network agility, through the release of Brocade Workflow Composer, SLX Insight Architecture, and the SLX 9850 Router. Now they are ready to unveil their next line of advancements in the field, unveiling a wash of new software and hardware designed to help businesses push themselves further and innovate with ease.

The official press statement from Brocade today announced the release of an expanded Brocade® SLX® series, which combines a string of new switches that allowed for optimum network visibility and new Automation Suites for the Brocade Workflow Composer. These Automation Suites have been designed to be 100% turnkey, with the option to have them fully or partially customized. Along with this, Brocade have also announced SLX Visibility Services and several new SLX switches (SLX 9140, 9240, and 9540); completing a trifecta of new software and hardware, that will combine to categorically improve network visibility.

“Fast innovation can only happen with an agile IT foundation where automation works seamlessly with network visibility while digitally connecting all IT domains and functions together to eliminate silos and deliver end-to-end automation.” – Brocade Press Release

Around 60% of the companies that were listed on the Fortune 500 in the mid 1990’s have been displaced, and most of them because of one reason – the digital revolution. Many of these companies failed to transition to the internet age and as a result the Google’s and Amazon’s of the world have taken over.

Many businesses are now struggling with growth and transition in the age of “big data”, where their biggest issues come from their network. According to Sinefa, the Australian software company, most problems with networks are caused by how the network is used, rather than how it is designed. They claim, that in the past, the standard industry solution would be to increase bandwidth, create dedicated links, or to optimize and compress critical data – none of which actually solve the problem.

Rather the way to solve this problem is to rethink the way we look at network visibility. Network managers need to be able to see how their network usage is hindering performance, and have the ability to shape and control network traffic. Visibility and control of real-time traffic and applications need to be seen on the same level as routers, firewalls and switches, in terms of core network functions.

When CloudTweaks spoke to Jason Nolet, Senior Vice President of Brocade, we asked why he felt network visibility was so important to innovation?

“Customers I talk to understand what’s coming at them in terms of network demands, and they know that network reliability, performance and scalability are still critical.  But they have additional concerns such as: How can I better understand and serve the applications using my network?  How can I remediate failures more quickly to address ever more strict SLAs?  Having network visibility can help address many of these concerns and with today’s silicon and software technology, enhanced visibility can be embedded natively within the network itself…”

Brocade views network visibility as a central responsibility of the network infrastructure, in their eyes they are just as crucial as switching packets. Hence the expansion of the SLX product series to include a range of switches with network visibility embedded into every router and switch, allowing for pervasive network visibility, improved troubleshooting remediation times, and improved cyber security.