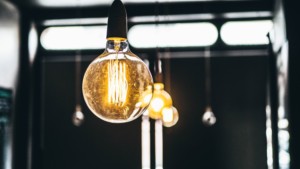 The Internet of Things (IoT) is already a multi-billion dollar industry with global reach, and it’s expected that over the next five years businesses will spend close to $6 trillion in the IoT arena. With the technology driven by data, enabling organizations to analyze and optimize operations swiftly and efficiently, IoT tech is recognized as a vital part of digital transformation changing not only how data is collected and stored but revolutionizing information analysis that allows for better decision-making and strategy modification. For those with access to cutting-edge IoT solutions providing insights around risk management, customer behavior prediction, accurate market forecasting, and more, it seems the sky’s the limit. However, IoT is still a new technology with its own set of risks and challenges to manage.

Top of mind when IoT risks and threats are considered is security and privacy. In both our business and personal lives we’re inundated with IoT tech, whether we realize it or not, and these devices collect and distribute information about us incessantly. The aim, of course, is to benefit us, but without the necessary security in place and defenses against interference, the effects could be disastrous.

Most recently, the distributed denial-of-service (DDoS) attack on Dyn manipulated a known DNS vulnerability with a flood of hijacked webcams and video recorders sending countless information requests and flooding Dyn with incoming connections. We’ve already heard reports of remote automotive hackings, with further Vulnerabilities exposed all too often, and more and more we’re discovering that devices such as drones, baby monitors, smart appliances, and even medical devices are vulnerable to attack. Often the only real ‘security’ provided with IoT devices is the lack of hack motivation; typically cyber-attacks follow the money and breaking into many of today’s IoT devices provides no such monetary compensation. This, however, is likely to change as IoT advances and further integrates into our lives.

An additional concern of IoT relates to the environment and our ever-increasing energy needs. With innumerable wearables, sensors and other IoT devices promising improved quality of life, few contemplate any environmental effects of such networks. Experts, however, are paying more attention to the energy drain and resource usage of IoT. Says Kerry Hinton, former director of the Centre for Energy Efficient Telecommunications at the University of Melbourne, “The internet of things will be the biggest, most sophisticated piece of equipment that we’ve deployed across the planet – ever. That means that we’ve got to think about the potential limitations on it due to power consumption, the use of rare earth elements – all of that – from day one.” Currently, many IoT devices are low-power and low-data transmitting devices with long-lasting batteries, some even using sunlight, heat or vibrations to power themselves. This trend, however, may not continue as IoT develops and high-functioning devices demand access to mains power for optimal performance.

IoT and the Developing World

Though IoT can be seen globally, as with any tech it is less obvious in the developing world. We have seen a few examples of IoT and wearable devices making a real difference in this setting, from water pump monitoring, to environmental sensors providing necessary data to smallholder farmers, to disease and disaster tracking, but by and large IoT affects the advantaged developed world and skips over poorer in-need countries. Hopefully, McKinsey’s predicted IoT economic impacts of between $3.9 trillion and $11.1 trillion per year by 2025 will include solutions not limited only to the world’s more affluent nations.

For IoT enthusiasts, the challenges above aren’t anything to shy away from, but instead provide new avenues for investigation and development; we’ve watched the industry boom in recent years, but it’s unlikely we can even imagine what’s still to come.