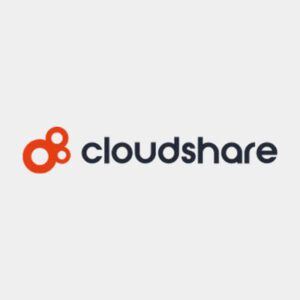 Moving Test and Dev to the Cloud: How the "As-A-Service" Economy Delivers Tangible Benefits

Moving Test and Dev to the Cloud

Have you ever seen the old parlor trick in which a person pulls a tablecloth out from under a fully set table without disturbing a single item of cutlery or glassware? It’s something that comes to mind for many IT managers and engineers tasked with the job of evolving their network environments while still keeping a business running. The era of high-speed commerce makes exceptions for no one, and this makes the development and customization of network environments quite a challenge. Not only is there the time component, but there is also one of space and distance, when the people who need to be part of development, edits, testing, migration and training are physically dispersed, either down the hall or across the world. There needs to be a centralized approach, and of course, this can be found in the cloud.

Testing and development are natural candidates for adoption into the cloud. Being centralized, secure and universally accessible, test environments become collaborative workspaces capable of every element of network development, including baselining, version control, and eventually, training and implementation.

By creating multi-machine environments on the cloud such as SharePoint Cloud, specialists like Cloudshare‘s Dev-Test Lab are further proof of the emergence in the B2B economy of x-as-a-service. Manufacturers of every type, from heavy equipment to medical technology and everything in between are discovering greater leverage and profitability by offering the service in place of the product itself. For industry, this means monetizing the service that surrounds a machine, in terms of training, aftermarket parts, maintenance and upgrades. More revenue can be generated in this way than through the sale of the item itself. In fact, in many cases the item is never sold outright. It remains property of the manufacturer, used by the customer, who then pays for the services that support it.

Networks and IT infrastructure are no less tangible than other types of machines. Though much of its raw material and output consists of data, a network configuration is a huge and complex device, requiring large amounts of person hours to keep running in a form that matches the demands and the peaks of the market. As such, companies are turning to virtualized, cloud-based services to ensure the finished product fits perfectly before it is actually implemented.

Companies are realizing more and more, that virtualization and service-based suppliers are becoming the backbone of sound business practices. The reliability and security of the cloud means that any C-level manager who is still hedging against taking part of their business outside the walls of the company, is in danger of moving the enterprise backwards, if only by standing still.”

If you want to imagine what a virtual testing lab is like, give Google Documents a try. That’s what it’s like. The synergy and convenience that comes from creating a document in a shared space with as many experts as you need, far exceeds the lonely experience of writing something inside a silo. If you expand that concept by about a million, you will see the true benefits of development-as-a-service through a company like Cloudshare.