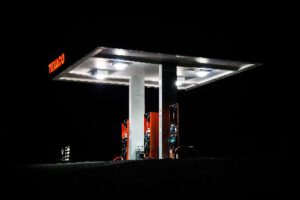 The Reasons Why Data Is The New Oil

The industrial revolution was driven by fossil fuels, coal gas and above all oil, were becoming highly sought after. Wars were fought, regimes toppled, and thousands of people died, all in the pursuit of a little taste of black gold. Countries like Dubai would barely make an impact on the world, were it not for their vast oil reserves, and throughout the 20th and 21st centuries, oil companies have become most profitable companies in the history of the planet.

However, oil’s period of global domination is coming to an end; data is fast becoming the most sought after resource on the planet, driven by our ever more interconnected society in an age of digital revolution.

“Data is the new oil — and the question is who’s going to own it?” – Jackson Bond, Founder of German Start-up Relayr

It’s a seemingly outlandish quote, but the similarities are rife. Data, much like oil, in it’s raw form is essentially worthless without proper processing. Extract it, refine it, package it, and put it on sale at the right marketplace – and suddenly the value can go through the roof. Oil is piped to refineries, whilst data is sent to the digital equivalent, data centres and super computers – PTC CEO Jim Heppelmann has drawn comparisons here, stating that “if data is the new oil, analytics is the new refinery.”

However, there are also associated risks with both ventures, data leakage and spillages can have serious repercussions, much like oil spills. We have already seen the global effects of security breaches, the DNC hack caused massive political waves in the United States, Yahoo have had their reputation besmirched time again because of massive security breaches that have come to light, and yet companies still fail to take the risks seriously.

But data is far more valuable to a company than oil these days, that is just a power source, there are plenty of renewable options – look at Google going 100% green. Data is power, if you can use and collect the right data you can understand your customer base, track purchasing trends, find out what temperature in a store is most conducive to sales, with the right data almost anything is possible.

Then there is the other side of this explosion of data, big data analytics and machine learning. It can do so much more for us now than it ever could. Data from every field imaginable is being tried and tested with Machine Learning, often with spectacular results. Much like oil did in the 20th century, data has the potential to transform our world. Machine learning has proven it can improve medical diagnosis and help detect diseases like cancer with a significantly higher accuracy than human doctors. In 2016 a Harvard team demonstrated this potential at the 2016 International Symposium of Biomedical Imaging in Prague – their program could pinpoint, with 92 percent accuracy, cancer cells among samples of breast tissue cells – all thanks to machine learning and data.

Every single day, we as a species create 2.5 quintillion bytes of data — 90% of the data in the world today has been created in the last two years alone. Right now most of that data is underused and some even utterly redundant because not everyone has the sufficient analytical power to fully process the data. But AI and deep learning are very quickly changing that. David Kenny, the general manager of IBM’s Watson, is more than aware of the potential value of big data, especially in relation to AI developments, stating that “the value of data goes up every day AI advances.” AI programs like Watson and Googles Deep Mind are going to drive the analytic potential of data to new heights, hopefully to utilise the wasted data that we currently collect and never take advantage of.

This gives us the power to look at problems on a whole new scale, the explosion of data and the interconnected world, allows us to look at a much bigger picture. Data analytics can be used to find patterns and trends in oceans of information, it is that bigger picture that makes (big) data quite so valuable. As I said earlier, data is power, the real question is, who are we going to give that power to.