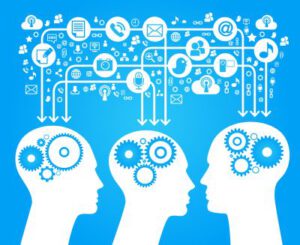 Rumour has it that 2017 will be the year of the smart home; not a new prediction, smart homes have been trending for a while, but an exciting possibility nonetheless. It’s possible that, as ever, given a little time the prices of such tech have reduced enough to make it accessible to the multitudes, and with enough companies enmeshed in the competition to dominate the market, solutions are more prolific and products more easily obtained by the average citizen. The early adopters have done their work, they’ve experimented with the tech, put in their comments, and by and large cheered enthusiastically; now it’s time for the rest of us to face the daunting reality of talking refrigerators and homes that self-regulate temperature.

But is it Safe?

First things first, how safe are these trendy smart homes? For some of us, it’s enough of a chore ensuring we aren’t caught out by phishing scams or defending our Facebook pages from takeover. We’ve heard the reports of PCs and home webcams being hacked and utilized in ruthless DDoS attacks, how likely is it our smart lighting will go rogue and ruin our next romantic evening? Or even just refuse to cooperate nicely and leave us alone in the dark with the creepy feeling that we’re being watched by something much, much smarter than us? To be fair, not very likely. Certainly, the attack on Dyn last October was a serious one, with numerous webcams and DVRs illicitly accessed for a devastating assault on DNS host Dyn. However, it’s important to note the attack was not aimed at the owners of the webcams, DVRs, and other IoT devices accessed. Hackers seldom strike the individual; their motives are typically monetary, sometimes political, but unless you’ve managed to attract the attentions of a cyber-geek stalker, it’s unlikely your home devices will be hacked in any kind of personal assault.

That said, securing your smart home is still an important consideration. Experts recognize the consumer’s need for security while also appreciating that most of us don’t have the first idea how to go about securing smart home devices. As such, the security of the latest smart devices is being optimized, and products such as the Arris Wi-Fi router incorporating McAfee’s new Secure Home Platform are making smart homes safer for us all.

But I Can’t Even Program My VCR…

Though highly unlikely that you still own a VCR, the idea that many of us still struggle to work the latest tech is still valid. Unless you have a tech professional, or seven-year-old, at your beck and call, setting up new devices can be intimidating and stressful situations. Fear not, the ingenious providers of smart home tech have been listening, probably tracking our niggles on Facebook and Twitter, and they’re providing home starter kits that promise pain-free and seamless set-up. Lighting and home security systems are good options for those making their first forays into smart home tech, but if even these applications seem too overwhelming, we’re seeing more and more smart home installers popping up who could do the job for you.

Aside from the smart lighting, security, and heating systems most of us have at least heard of, the smart home tech scene is promising a much wider range of smart home devices this year. We can expect a few new smart hubs able to control a whole host of connected smart home products through user voice commands, cyber security systems monitoring and analyzing our smart home networks, and a selection of smart kitchen appliances from refrigerators that can order groceries and spice up cooking sessions with music to sensible voice activated dustbins. Perhaps most exciting of all, robo-assistants are hitting the market, some supposedly able to help raise our children. And so, however you decide to get involved in the smart home movement, one thing is clear: it’s definitely time to get involved or you’ll be missing out on a lot of excitement.