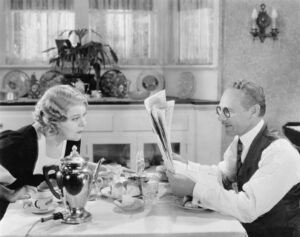 The Internet of Things is gradually becoming a real thing despite some doubts about the maturity of the technology and constant concerns over the privacy and security provided by IoT devices that customers use at home or in their vehicles. At the same time, the IoT market provides opportunities that content marketers and advertisers are not allowed to miss, which in turn will reshape the entire content distribution and advertising industry and will result in the appearance of new cloud-based and SaaS services enabling manufacturers and service providers to take advantage of this brand new opportunity.

Let’s take a look at the findings of a recent IoT survey conducted by the Interactive Advertising Bureau (IAB):

In short, the report says that a completely new market and industry is set to launch in the near future; enabling manufacturers and Service Providers to send targeted messages to consumers in the comfort of their homes while allowing customers to get personalized messages and content that is tweaked to their needs, based on data collected by IoT devices.

How would it work?

Imagine a chip of sorts on your milk carton that communicates with a connected refrigerator. When the content of the milk pack drops below a certain level, the pack sends a report to the fridge, which in turn reminds you that you should replenish your milk. With a more advanced technology, the fridge would communicate the delivery of a new milk carton while the dairy producer would be able to send you ads about new milk products via your refrigerator. The same applies to any connected IoT device in your home or car: a laundry machine that runs low of detergent, a multifunctional device that is running low of paper, a vacuum cleaner that needs its garbage bag replaced, etc…

In fact, the technology for such personalized messaging and submission of custom content through IoT devices is already in place. The problem is that there is no standard platform to make all devices fully compatible with each other, as well as privacy concerns among the consumers. A G2 Crowd article hints at a simple yet powerful solution to privacy concerns: just embed functionality to completely disconnect the device or add a function enabling users to ban it from receiving or sending any data, including custom messages and content from any external network i.e. an option to turn-off data sharing.

Even with data sharing off, a chip- or sensor-enabled product will be able to communicate with other IoT devices in the home and remind you to replace it when you are running out of supply. Moreover, with such sharing-on and sharing-off capabilities, IoT devices will be more trustworthy while at the same time will provide content marketers and advertisers with better understanding which devices a customer wants to get messages on and about which products.

When Kevin Ashton, co-founder and Executive director of MIT’s Auto-ID lab, proposed the term Internet of Things in the mid-1990s, he was dreaming of indexing and connecting literary everything, all physical objects, in the same way Internet provides unique URLs for each and every page. A smart product, even the simplest one such as a pack of milk, would be then able to communicate in person with a customer both in a connected scenario and through devices that are not connected to external networks i.e. within the customer’s home.

This is an opportunity marketers and advertising people cannot afford to miss but they still lack advanced tools to reach their intended audience and leverage the data obtained from numerous and various IoT devices. One should expect the fast emergence of cloud-based and SaaS companies trying to fill the gap in this huge market niche. For Instance, a small company called Evrythng (that is how they spell their name) already provides such a service for distributors and customers of Johnny Walker, aiming to build a universal platform for collecting data and communicating messages over IoT devices of any kind. Such companies will emerge in large numbers in the coming years although some standards should be developed to take full advantage of the possibilities the IoT market offers.

Any kind of standardization will enable more cloud-based services to enter the market and provide the marketing and advertising industry with viable tools to serve their target audience. Some of these services might be based upon simple reminders to replenish, say, your coffee beans bag, and could eliminate excessive upselling and advertising once a customer has made his or her choice of manufacturer or supplier. Of course, you would be also able to get an offer from a competitor that offers lower rates if you enable such an option, a report by IBM says, describing a bright future for the Internet of Things market and its limitless advertising and content delivery abilities.

To conclude, the IoT industry should mature fast in terms of security, privacy options, and compatibility across the varied IoT devices and platforms for the IoT industry to take full advantage of the huge potential of connected devices. This way other industries will be able to add value to any IoT device.

A pessimistic view is that this would took decades to accomplish, based on the long way other industries had to go before achieving acceptable compatibility between products like Microsoft Office, Apple’s iWork office suite, and the open source office suite Open Office, for instance. We still do not have full compatibility between iOS and Android, too. Nonetheless, an existing global marketplace is already changing this mindset while manufacturers and service providers will push harder to standardize the IoT market, allowing for custom messages, commercial offers, and ads delivered across multiple and varied devices.