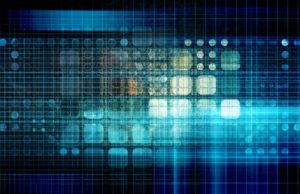 Today, the newest technology in the industry is all about what you wear. The emerging new technologies are not restricted to smartphone devices. Technology has made its way to almost everything that we utilise in our daily routine. Now, a watch, jacket, pair of sunglasses, smartband etc are the smart devices that you own in this current generation. Wearable technology is quickly emerging as the most approached and demanded technology.

So, let’s have a glance of some of the challenges that developers would probably face during wearable app development.

If you want to achieve success in the wearable industry, app developers must make sure that the app they are creating is beyond any gadget or device. Your app should serve some strong values to the user. If you want your wearable app to last long in mind of users, ensure that you have defined a purpose and you know what exactly you want from your app. Try to come up with your original ideas rather than replicating someone else.

The proliferation of various smart devices has provided multiple access rights to users. Users have multiple options like a smartphone, tablets and much more to access the wearable application. As screen size is something that creates a difference in the view of an application, more focus should be kept on collecting data and voice commands to streamline the user experience. As interaction needs to be quick enough, more focus should be emphasized on micro moments. As wearable device lack enough screen space for flash icons and detailed navigation, navigation should be kept easy and minimum to enjoy best UX.

If the app developed is cross-platform, it would help app developers to reach multiple user bases. If the app is designed for specific platforms like Android or iOS, you are restricting the opportunities from such widespread app market. As companies are working to expand their wearable sections by enticing more users to buy wearable products, developers will stay ahead in competition if they offer an application that is available to download from any platform.

As new technologies hit the market at lightning speed, development of wearable apps in a quick manner while bringing innovative concept in the market is indeed a difficult challenge for app developers. Developers need to be quick with app development and launch it within quick turnaround time on consumer criticism to make their app successful.

Many applications are banned due to their inability to provide service for the fair amount of battery life. While there are apps that are discarded due to higher battery consumption. Ensure that the app developed is optimized enough so that it does not force users to choose between their smartphone battery and the app. Make your app simple and do not bulk you app with unwanted features that increase battery consumption.

Application development for a wearable device is entirely a new dimension. Each time a new device is developed, changes are found in coding standards. Due to this, many applications fail to operate on that particular device. As applications are operated on new platforms and different devices, changes need to be done in API. As no coding standards and protocols are mentioned, API needs to be developed differently for each device. So, to enable long-term success, developers need to learn new API that brings compatibility with devices.

What Are The Things To Be Kept In Mind To Develop A Top-Notch Wearable Application?

Here is the list of things that you need to keep in mind in order to develop a best wearable app:

1. Development of an app for smaller screen size must be your priority
2. Try to stay away from fragmentation
3. Keep design and animations to minimum and provide easy access to users
4. Your app should tell users what to do next
5. Make your app trendy and presentable

Though wearable app development seems to be challenging, still it is rewarding. With the changing technology, developers need to be ready to meet the challenges. As the success of the business depends on getting updated with the trends, you need to update your app at regular intervals to keep users attached to an app. Let’s watch out how new emerging trends brings changes in wearable app development.

Melissa Crooks is Tech Writer by profession who writes for Hyperlink Infosystem, a mobile app development company. She writes new tech tips and informative blogs about the latest in mobile technologies. You can read her contributions here on CloudTweaks as well as sites such as The Next Web and GrowthHackers.com