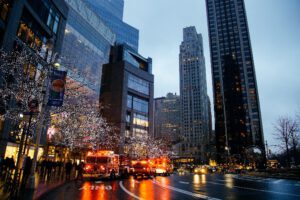 How Will the Internet of Things Change The World of Trucking?

Ever since sat-navs became commonplace in cars around the world, the relationship between vehicles and wireless data has been very close. In the world of logistics though, it is set to go up another gear as commercial trucks are poised to be driven solely by artificial intelligence, providing the interface between computers and the truck on its travels.

Utilising a combination of on-board sensors and a constant connection to an external wireless network, smart trucks in theory will do away with the need for a driver. Using the steady stream of data, they will be able to assess not only their surroundings, but many miles ahead. Through analysis that only a machine could process so rapidly, the system will be able to determine how close it is to the vehicle in front of it just as easily as it can plot a new route if faced with an upcoming traffic jam.

Truck fleets around the world

In theory such an intelligent programme would be revolutionary for truck fleets around the world, and it comes as no surprise that research funding for such development has not been hard to come by. In the USA, even the state Government of Ohio has invested $15 million in providing a testing facility for these trucks, in the name of competitiveness as no-one wants to be left behind by what could be a ‘game-changing’ development.

On the other side of the planet in Singapore, the thinking is broadly the same. Worried about a shortage of drivers, the city-state’s transport authority has turned to the Swedish firm Scania to provide a fleet of self-driving trucks to facilitate the movement of shipping Containers within the local ports. With only a small labour force to draw upon let alone suitably qualified, trucks which can operate independently are becoming a necessity for Singapore’s economy to continue to function. Here, they fill a niche roll and are filling a gap in employment rather than creating one.

If we were to adopt smart trucks en masse however, millions of drivers would become unemployed virtually overnight. Within the UK for example, there are 2.2 million truck drivers that would be set to lose their income, and with a skillset on the whole very specific to this one position. In their place, it has been theorised that convoys of automated trucks would take over, utilising their distance detection technology to remain close together at all times and out of the way of other traffic.

Smart trucks may be more superficially intelligent than human drivers 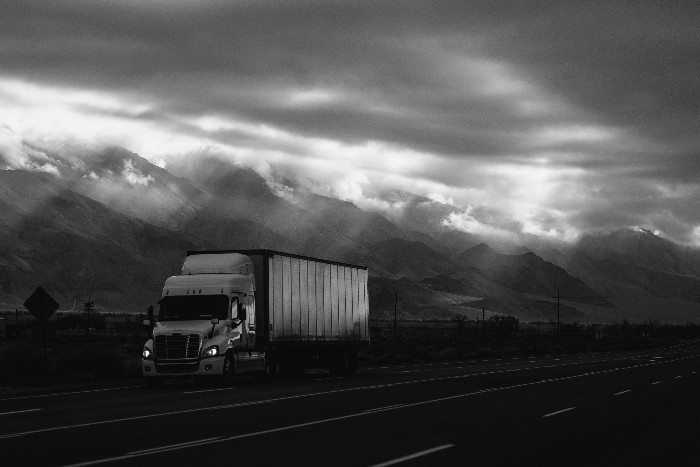 Yet whilst they would arguably make for an efficient form of delivery service, this is only in theory. Smart trucks may be more superficially intelligent than human drivers at reading conditions, but they lack a real person’s ability to improvise to unforeseen circumstances. Much of motorway driving in particular revolves around keeping an eye on the vehicles around you, so whilst the trucks may not cause an issue, how well can they instantly react to someone else’s mistake?

Furthermore, what happens in the event of a technical malfunction? Whilst it’s guaranteed that the quality of each truck will undoubtedly be high and that they will be regularly maintained, no software works perfectly 100% of the time-especially on such a large scale as this. Without a driver at the wheel to take over in the case of an emergency, a malfunctioning truck could wreak havoc, and it would be fortunate if it was the only vehicle damaged in such circumstances.

Other concerns have also been expressed over the threat of hacking, by those who would want to take control of a truck and its contents. The motivations for this range from mischievous to sinister, and could present a very real security risk. 1 in 10 people within England and Wales have already been the attempted targets of cybercrime, which is rapidly growing as a major threat thanks to the increasing interconnectivity provided by modern technology. If the truck’s security software was compromised, then not only could it and its contents be stolen, but it could be used as a weapon in the wrong hands. Security specialists concluded that it is only a matter of time until such a scenario occurs, with no system being totally impregnable.

Therefore as things currently stand there are still many issues which would make smart trucks unfit for replacing human drivers. Not only is there the economic aspect to consider which would put millions out of work, but the potential risks are greater than those posed by a real person in control. Whilst humans are more prone to errors and causing crashes, once they’ve come to a halt that tends to be the end of the incident. In contrast, an automated truck may mistakenly try to push onto its destination, unaware of the tremendous danger it is putting other road users in. Being exclusively controlled via data opens up a door to all manner of rogue threats, and the sheer volume of trucks on the roads would make guarding all of them 24/7 a colossal task.

So as impressive as it seems, the safest method is still that which involves a physical presence at the wheel. The current system has flaws to be sure, but is a known quantity. These flaws could be greatly helped via the provision of accessories such as parking sensors and other innovations, to help the driver remain as clued up as they can at any given moment. AI could play a valuable role alongside the driver, but someone should always be in control so that they can intervene in the event of an emergency.