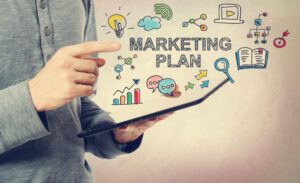 The realm of big data is expanding an astonishing rate, and its presence can be felt across many walks of life, making its mark from the pharmaceutical industry to cybersecurity and even extending as far as to promote civic engagement. Some are even touting big data as the “new oil” in terms of attaining massive global influence.

As far as big data’s intersection with the ad industry goes, it’s poised to become an increasingly integral part of planning and executing successful native ad campaigns in both the near and distant future.

Native advertising is on the rise

Native ads are surely becoming the preferred choice for businesses to promote their products and services in today’s savvy digital age in order to reach their target audiences in the most effective and least assuming way possible. It’s also becoming more favored and necessary in our current age of ad-blockers, which can severely hinder advertisers’ ability to reach their core demographics. The efficacy of native advertising is backed up by numbers, with a recent study by Facebook and research firm HIS finding that consumers interact with native ads 20-60% more than they do with their traditional banner counterparts. The increased figures are heavily in thanks to the unstoppable rise of social media and social networking, as well as developments in advertising adopted by a range of news and lifestyle publishers.

Further solidifying the trend towards native advertising is the BI Intelligence prediction that by the year 2021, native ads will account for 74% of all ad revenue to the tune of $36 billion. A study by Adyoulike precipitates greater figures even sooner, estimating that native ads will rise in value from $30.6 billion in 2015 to $59.35 billion by 2018. Such sky-high figures can only be met with the assistance of new and emerging technologies, of which big data can be a massive contributing force to the native ad industry.

Native ads will only prove to be effective and profitable if they’re delivered to the targeted users at the right place, at the right time, without overtly “selling” the product or service, but instead having the native ad content blend in seamlessly with the publisher’s existing editorial content. The inclusion of big data in a company’s advertising strategy can help marketers better understand, engage with, and target desired audiences, thus delivering the most relevant ads to each individual user. Programmatic has proven to be a huge boost to this ecosystem, offering the ability to append third-party data to the stream and thus deliver relevant, inconspicuous, high-quality native ads at scale. Immersive ad experiences with native are eclipsing standard, static banner ads at increasingly fast rates, thereby providing users with more well-rounded and impactful ad experiences.

Advertisers who harness big data correctly can expect to benefit from increased targeting options, the implementation of superior optimization tactics, the production of granular level contextual identification, the increased ability to deduce practical and actionable ad campaign insights, and much more.

The collection and strategic use of big data in native advertising campaigns results in a win-win situation for all parties involved. From the business end, advertisers can expect better CTRs and higher conversion rates, thus contributing to a more profitable ROI. Publishers, too, benefit from more high-powered inventory that’ll better entice readers and lead them to spend more time on-site, interacting with both funded and editorial content at a rate found to exceed typical user retention by threefold. Last but not least, the user can benefit by viewing only the most relevant native ads in an unobtrusive manner, and thus have a more positive association with both the brand and publisher at hand.

There are a number of big data companies on the scene that can truly and significantly augment your native advertising campaigns to the tune of more engaged consumers and increased profits. SQream is a GPU-powered (graphic processing unit) SQL analytics database designed to ingest, store and analyze massive datasets. By challenging the traditional approaches in the market with a disruptive technology it provides speed, simplicity and flexibility in big data. There’s also Xaxis Turbine, a leader of data-driven targeting that manages first-, second-, and third-party data and better informs programmatic media buying choices in real-time. Another worthy contender is Domo, a user-friendly dashboard that converts big data into strategic business judgements in real-time. By adapting to the technological know-how of big data experts such as the ones aforementioned, maximum productivity can be attained with minimum effort and expenditure.

With all said and done, it’s pretty much essential for advertisers to first get in on the game of native advertising, and second use big data to empower and improve their ad campaigns. By adapting to this relatively recent and constantly reinvigorated trend, advertisers can sit back and watch their strategically enhanced campaigns reel in better performances and rake in higher profits, while consumers can be granted a more targeted, appropriate, and impactful user experience.