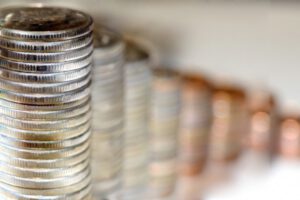 Numerai, a hedge fund started in late 2015 by mathematician Richard Craib. The new Numerai cryptocurrency comprises digital tokens that allow crowdsourcing of literary anything. Cryptocurrencies are essentially internet based assets used to finance any purchase or endeavor – much like the already popular bitcoin.

Introducing Numeraire from Numerai on Vimeo.

The complete novelty with numeraire is the principle to which one can accumulate it. In contrast to the conventional idea of people and market players competing adversarially to acquire more of a particular currency, numeraire bets on networking and collaboration.

The Numerai hedge fund allows data scientists to create trading algorithms that are applied by Numerai’s AI-powered trading system. A few thousand researchers can thus win bitcoins for their successful efforts. It may come across as both somewhat complicated and unlikely as a winning concept, but Craib claims that the hedge fund is already in the black.

Here is how it works: Numerai shares encrypted trading data with scientists preventing them from mimicking real trades, but allowing researchers to build improved trade models. This results in a very human approach toward problem solving: the creator of a winning strategy is very unlikely to share it with others or collaborate with third parties to develop it further. A winning model is rewarded with bitcoins.

That is why Craib decided to introduce the new concept of numeraire, which is based on collaboration between participating scientists and the hedge fund itself. Craib’s logic is quite simple: make it profitable for the scientists not only to compete for winning models, but also to invest into the fund alongside that. As the fund grows, scientists’ investments also grow.

Numerai distributed a million numeraire among some 12,000 data scientists. Each of them is allowed to bet on their own trade models and win bitcoins if their model is successful. If a scientist’s trade is not successful, the hedge fund cancels their numeraire. The fund thus introduces incentives for those investing through numeraire and encourages scientists to support efforts by their colleagues to create more and more winning trade models. More winning trade models mean steadier fund growth, in turn boosting dividends for all participating scientists.

Experts believe there will be secondary markets for numeraire because data scientists will look for more digital tokens to make bolder bets and win more bitcoins. This will boost numeraire value – though the cryptocurrency has no stated value – and turn it into a mix of stock and currency used to trade itself.

Others suggest that the concept will prove quite complicated for real life application. Thus, some game theory scholars point to a simpler way of creating incentives for data scientists: pay them. Nonetheless, Numerai’s model appears to have all the features that a successful gamification project should have – creation of winning models, incentives for betting on one’s own strategy and on an overall winning model, and the sense of competing for rewards.

While waiting-and-seeing if the model will work for a hedge fund, observers should remain mindful of the fact that some of the brightest minds on the planet will hold numeraires. This alone might say enough about the value of the overall concept.