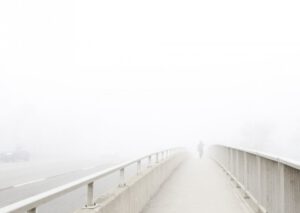 Online Competition Keeps Us On Our Toes

A recent study predicts the global cloud computing market will grow at a CAGR of approximately 27.5% in the next ten years, hitting around $1,250 billion by 2025. Unsurprising, perhaps, considering the continued increase of cloud computing applications and solutions, but a phenomenal expansion nonetheless. And this year we’re seeing a number of the tech giants building on their strengths while simultaneously fighting to the fore in categories where they lag. It’s going to be an exciting few years for the users of cloud, provided with a dizzying array of creative and constructive new solutions, and an aggressive battle for the win played out by industry leaders, agile minors, and feisty newcomers.

Though Google trails Amazon Web Services and Microsoft Azure in the cloud market, the company has been assertively pushing new capabilities and services to grow its market share of late. The most recent provision, Cloud Spanner, has Gartner research director, Nick Heudecker, predicting a major market win that will leave the competition in the dust. Says Heudecker, “Cloud Spanner is not just software. It is the union of software, hardware — in the form of atomic clocks in Google’s data centers — and an incredibly robust network connecting their data centers together. So it’s not just writing code. It’s a lot of investment and a lot of operational expertise that Google excels at.”

Cloud Spanner offers Google’s database services in a public cloud product, a fully managed database that’s said to deliver both traditional database consistency and NoSQL database scalability and performance. Instead of choosing one or the other, sacrificing either scalability or consistency, Cloud Spanner promises the best of both worlds, supplied as a fully managed service. Heudecker believes financial services and advertisers, among others, will likely benefit from the product, but remarks that the necessity to port existing applications may prove difficult.

Oracle Goes Down Under

Another giant looking to improve their cloud market position, Oracle will likely soon disclose a critical investment in Australia, establishing their cloud platform and infrastructure service. Currently selling cloud-based software products in the market, users will no longer have to rely on overseas hosting. A sizeable investment, but necessary, according to Oracle Australia and New Zealand managing director Rob Willis. “If you are going to open up something like this you have to get to a certain point and that investment is huge. You have to secure the facility, then you have to ship in a whole bunch of hardware and people to put it all together before loading in all the software and making it work. So it is a huge investment, but we have found elsewhere that what we get back from making that investment is worth it.”

Currently, Australia boasts the likes of leading Amazon Web Service and Microsoft cloud ventures, and in September Google’s Compute offering is scheduled to launch in Sydney. Willis notes that while some Oracle customers are not yet willing to move to the cloud, most have been waiting for just this opportunity. Moreover, their software as a service model is enlarging their market share through pay for usage models that open up services to customers both large and small. Says Willis, “One of the most exciting things about the cloud is that it meets the typical requirements of our large customers, but also generates interest from smaller and medium-sized companies, who want the benefits of enterprise-style infrastructure.”

Along with these developments, rumours abound of Windows 10 Cloud, potentially simplifying user experiences and more effectively taking on the Chromebook market. And Amazon Web Services is entering the cloud communication and collaboration market with the launch of Amazon Chime, it’s new service developed to battle applications such as Skype for Business, WebEx, and GoToMeeting. It seems no one is satisfied with holding position, a sure advantage to users gleefully enjoying service advances, application innovations, and cost improvements.