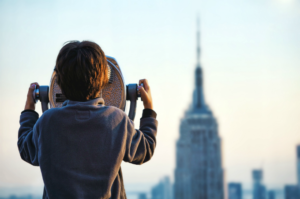 A number of large cloud companies are set for IPO in 2017, with one of them – Mulesoft – suggesting it can go public as early as March with an offering worth some $100 million. Other possible cloud IPOs in 2017 include leading services like Dropbox, medium to large names like Apttus and Cloudera, and unicorn sized Okta.

Big data analytics company Cloudera is still in the red but CEO Tom Reilly announced as early as April 2016 it would go public at some point in 2017. Reilly, at the helm since 2013, revealed he has no intention of selling Cloudera in an interview at the Strata + Hadoop World, the San Jose conference Cloudera runs with O’Reilly Media. He did stress the company would only file for an IPO if markets favoured such a move.

Reilly felt cloud software had entered the stage when corporates were willing to pay big dollar for cloud based solutions. This would allow Cloudera to improve its financials and go public. The company’s private market valuation stands at $4.1 billion, based on the most recent funding round. Cloudera cannot rest on this valuation’s laurels without turning a profit in what remains a volatile market. This places a Cloudera IPO into the second half of 2017 – given favourable market conditions.

By August 2016, cloud storage company Dropbox provided free storage to over 500 million registered users. Its valuation stood at $10 billion based on the last funding round in 2014.

Dropbox started turning cashflows positive in early 2016, mainly thanks to its enterprise cloud storage solution that charges corporates $150 per user per year for increased storage space and other extras. Currently, the company makes $750 million in annual sales, putting putative valuations at some $3.5 billion, according to a Technology Review analysis.

Experts believe the company should add productive and collaborative tools to its services to offset the negative impact of cloud storage offerings by Amazon, Apple, Microsoft, and Google. Dropbox CEO Drew Houston puts the number of paying business customers at some 200,000. He has been exploring IPO options since at least mid 2016. Should Dropbox decide to go public, it would have to accept a valuation significantly lower than at its last funding round. Some investors could be a bit more cautious poring money into the company in 2017. This is not so much a reflection on the company, as on the tech IPO market, which has been a deal more volatile of late.

MuleSoft is valued at $1.5 billion based on its last funding round worth $259 million. Their S-1 statement reports over 1000 corporate customers and 70 percent revenue growth.

The core business is development of a software platform enabling organisations to easily build application networks using APIs. MuleSoft’s most valuable customers include names like Sumitomo, Citrix, and the US Postal Service.

San Francisco based MuleSoft wants to list on the New York Stock Exchange. It has mulled its IPO launch for more than two years.

Identity management startup Okta Inc has hired a number of C-level executives in 2016. Their profiles match those of senior public company executives, fuelling expectations the San Francisco based startup would go public in 2017.

Its last funding round in 2015 valued Okta at around $1.3 billion. According to Reuters, the cloud company has hired Goldman Sachs to file for an IPO or finalise an exit. Analysts do not expect any IPO filing before mid 2017: most tech companies are seeing valuations fall amid a shaky market for tech stocks and overhyped previous private market valuations.

The company has managed to attract about $230 million in total equity funding since launch in 2009.

Apttus: profitable from the get-go

Apttus CEO Kirk Krappe, a provider of quote-to-cash software on Salesforce, revealed plans to go public in the first half of 2017, claiming the company would be cashflow positive within that time. Salesforce’s venture arm and a number of leading Silicon Valley’s entrepreneurs back the Silicon Valley startup. Apttus has attracted $274 million in equity funding since 2013, securing $88 million in its latest Series D funding in September 2016.

According to Krappe, the company has completed fifty to sixty percent of its IPO preparation and has solid finances, having been profitable for the seven and a half years before its first $37 million funding round. In 2016, it posted revenues of $150 million: 50 percent up in a year. Apttus is another tech startup wishing to follow the market for a while and assess how quality peers are performing, before going public.

Another expected 2017 cloud IPO is that by business application platform Appian, headquartered at Reston, Virginia. Reports state CEO Matt Calkins has already visited potential investors in the run up to an IPO. He himself has hinted the company would go public no earlier than a few years from now.

Calkins cites the state of the stock market as a reason to delay, while noting that Appian financials are an important factor to consider before deciding to file with the SEC. It appears the company is testing the market and eventual investors, implementing a strategy of very early IPO conversations with investment bankers and fund managers.

By February 2017, the company had picked up some $47.5 million of equity funding, posting revenues of $100 million in 2015. It saw its revenues grow 31 percent in the first half of 2016 year on year, and is close to breakeven. Core business is developing Business Process Management (BPM) software and all products are fully integrated with Microsoft‘s office suite.

An Appian 2017 IPO is most questionable; various company sources say the company would not file for an IPO for its own sake, referring to await beneficial market conditions and an advantageous valuation.

Business modelling and planning platform Anaplan is considered a leader in enterprise performance management. It has more than a decade of corporate history. Since 2010, the company has attracted some $240 million in equity funding for its cloud based planning and performance management platform, originally launched in the UK before the startup moved to San Francisco, California.

Recently, the company hired Silicon Valley finance Executive Frank A Calderoni as CEO. Reports name his main task as preparing the company for an IPO in 2017. Calderoni has been chief finance officer at tech companies like Cisco Systems Inc and Red Hat Inc.

Despite surpassing $100 million in revenue during calendar 2016, Anaplan is still to turn a profit from its 600 worldwide customers. The company is valued at $1.1 billion based on its latest funding round.