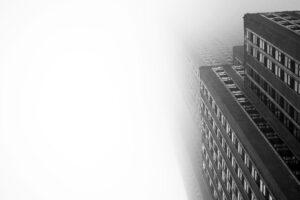 The Internet of Things (IoT) is increasingly part of all of our lives, personally and business-wise, and the efficiencies and conveniences it offers will likely encourage even greater adoption. An enormous amount of data is also being generated through IoT devices, creating a need for larger data silos and generating more network and internet traffic than before. Thanks to instruments such as cloud computing, this data and traffic can be accommodated, but we may also see more involvement of ‘fog computing’ in the not too distant future.

Thanks to the cloud we’re able to deliver a variety of data types through the internet to remote data centers. According to IBM, the six categories of cloud computing include public, private and hybrid cloud, along with software as a service, infrastructure as a service, and platform as a service. All of these separate classifications have their own role to play in the support of IoT and ensuring the connection of devices and subsequent processes run smoothly.

Both the Cloud and IoT promise, and generally deliver, increased productivity and efficiency to our lives, feeding off each other for greater cost savings, improved collaboration, insights and analytical predictions, and much more. Thanks to the cloud, costings of computing resources have decreased through the characteristic pay-as-you-use model implemented by cloud Service Providers, and businesses find themselves more able to avail themselves of necessary services as they pick and choose from a selection of products that are easily scalable and highly customizable. The speed and agility of cloud services further enable IoT applications that run in real-time and are continuously connected, and with global reach, applications can be deployed quickly and easily worldwide. The tech giants already provide many popular IoT cloud platforms, including Google Cloud Platform, Amazon Web Services, Salesforce IoT Cloud, and Microsoft Azure IoT Suite, and a range of bespoke solutions exist too.

For some time, the cloud and IoT have been considered inseparable, and over the last few years we’ve seen cloud advances that better serve IoT. However, more recently the developments of fog computing have started shaking up the status quo.

What is Fog computing? It’s sometimes also referred to as edge computing but, in fact, a distinct technology, involves pushing processing and intelligence capabilities closer to where data originates. I.e. with regards to the IoT, fog computing drives the cloud closer to IoT devices and the data they generate. Fog nodes are devices that can be deployed anywhere within a physical network, and as a result, any device with network connectivity, storage capability, and computing means can be a fog node, including switches, video surveillance cameras, and routers. Fog computing, using these fog nodes, is able to analyze time-sensitive data close to generation points, or at the ‘edge’ of the network, instead of relying on the transfer of IoT data to the cloud, and significantly sends only selected data to the cloud for long-term storage and historical analysis. Benefits include diminished latency, bandwidth savings, security improvements, and more rapid data operations and analysis.

The Cloud vs. Fog?

Though offering some very definite benefits over cloud with regards to IoT, fog computing is not a substitute for cloud computing, but rather works in collaboration with it for resource optimization; fog computing is merely addressing a challenge that IoT created for cloud computing with its ever-increasing data creation and rising need for speedy data processing. Thanks to intelligent processing of data through fog computing at network peripheries, the cloud is left to more relevant tasks while IoT applications are advanced and data flows are better organized. Most experts agree that the partnership of cloud and fog computing will accelerate IoT adoption and push it to greater efficiencies and outputs, benefiting both the enterprise and individual user.