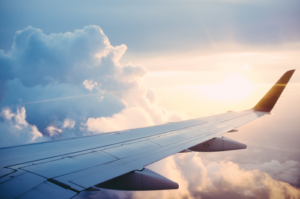 The Supersonic Future of Flight

When Concorde was retired in October of 2003, it was thought that the era of supersonic travel was over. We were half-heartedly accepting that we had reached the very pinnacle of speed for aviation and now it was simply downhill from here – we had quite literally had “our Concorde moment”. However, there are now a number of firms across the world who are attempting to bring back supersonic speeds to commercial aviation.

In 2015, after a 13-year development process the Aerion Corporation announced that they had just received their first order for 20 $120 million supersonic jets. The company, who are funded by both Texas billionaire Robert Bass and European aerospace giant Airbus, are hoping to have commercial deliveries ready by 2023 (just in time for the 20th anniversary of Concorde’s retirement).

Predictably, Elon Musk has also shown interest in the idea of a supersonic jet, and in his own unique way. He has, on numerous occasions, discussed his idea for an electric supersonic jet with vertical landing and take-off capabilities. He has frequently expressed sadness that nothing was around to replace Concorde when it retired, and has even stated on a live Google Hangouts chat with Richard Branson his desire to build a supersonic jet:

“If I were to start another company in the future, which I don’t think is going to be anytime soon, it would be to create an aircraft that is a supersonic, vertical take off and landing electric jet. I think that is the ultimate form of transport… I wish someone would do that. If somebody doesn’t do that then maybe at some point in the future I will.”

Richard Branson himself has also partnered with Denver startup Boom Technology, who last year unveiled their XB-1 Supersonic Demonstrator, which is the world’s first privately developed supersonic jet and the fastest civil aircraft ever. Venture Capital firm Momentum Ventures have recently invested in the firm in a move that CEO Matt Keezer hopes will allow them to be a part of the future of travel. They are aiming to offer business/first class passengers the option to halve their flight time on long-haul flights for around the same cost. CEO Blake Scholl lamented the lack of progress in air travel over the last few decades:

“60 years after the dawn of the jet age, we’re still flying at 1960s speeds… Concorde’s designers didn’t have the technology for affordable supersonic travel, but now we do.”

NASA’s Quiet Supersonic Technology (QueSST) program hopes to solve the problem of the noise associated with the sonic boom, in February of last year they partnered with Lockheed Martin, and by 2020 they hope to demonstrate their “low-boom” supersonic aircraft. So all that remains is to get the planes through production.

The first Boom flights are pencilled in for later this year, so keep an eye on the skies over the Atlantic! You might see (or hear) some supersonic jets sooner than you think!