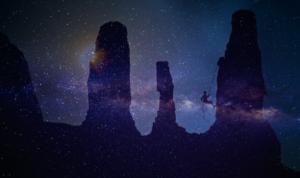 Over the last few years more and more VC (Venture Capital) groups have been pouring money into what has been dubbed the “Space Race 2.0”. Investment in space had long been considered too risky for VC firms, but the explosion in private space firms over the last decade and the potential for the commercialization of space has encouraged investment.

In the past, most space activities were funded and managed by governments – through programs like NASA. However, as Government funding has been cut, private space companies have broken through and are now being bolstered by a significant uptick in VC investment. In 2015 that number hit a record high, with VC firms pumping $1.8 billion into commercial space businesses – almost doubling the amount of investment over the previous 15 years combined.

A 2016 report released by The Tauri Group, an aerospace and defence consulting agency, revealed that more than 50 VC firms invested in space businesses in 2015. This is no accident, as the idea of commercial space has become more financially viable, there is now a much higher chance of a good return on investment due to the value of the high-tech research that comes out of funding commercial space companies. With increased potential for revenue, and a flourishing sector for investment, space has captured the imaginations of investors.

Managing partner of The Tauri Group and adviser to several commercial space start-ups, Carissa Christensen, called it “an unprecedented level of investment activity by non-space actors in space.” She stated that “the core message is that its been a very large investment year for space, and particularly for these kinds of companies.”

Following on from 2015’s record breaking year, which included a $1 billion investment firm Google in Elon Musk’s SpaceX and a $500 million funding round by OneWeb (satellite communications company), 2016 has been a slightly quieter year. In Q3 we saw around $3 billion dollars of investment compared to $4.5 billion in Q3 of 2016. Despite the fact that investment has dipped in 2016, it has still been peppered with substantial start-up funding.

For example, Orbital Insight, raised $20 million in Series B funding – they combine deep learning and satellite imagery to provide insights in worldwide economic trends for a vast array of customers, including the World Bank.

Similarly, Matt Keezer, CEO of VC firm Momentum Ventures, recently pushed for investment in Boom Supersonic (a company building a supersonic jet) and Vector Space Systems (who connect start-ups with rockets to put satellite into space) to learn and get an understanding of the future of travel inside and outside the atmosphere.

Whilst most of the start-ups attracting investment in this sector are US-based, there has been some money pumped into companies in Japan and Europe. Astroscale, who are developing space debris monitoring technology raised $42.7 million and AxelSpace, a commercial microsatellite maker and satellite imagery provider, raised $16.05 million from VC investment.

2015 was a record-breaking year, and while 2016 hasn’t quite matched the levels of VC investment that we saw in the previous year, there has been significant investment in space-tech over the 2 year period. We will have to wait to see if space can be a reliable long term investment for VC, or whether this is just a bubble.