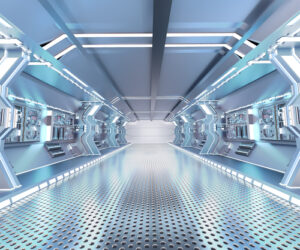 The Robotics Revolution: The Good, the Bad and the Most Affected Industries

The robotics revolution is coming — whether we want it to or not. Gone are the days of rough, awkward robots that could only perform the simplest tasks. The newest generation of robots is capable of performing tasks that are considered delicate — soldering tiny electronics or assembling fragile pieces.

While this could be a great thing in terms of production speed and costs, it could eliminate factory jobs across the country. Knowing what industries will be most affected can help you prepare, but are there other ways to get ahead of these changes?

For industries that require a high amount of production consistency, the introduction of robotics could potentially be a boon. Some of the benefits of utilizing robotics in the Workplace include:

Robotics could potentially shape and change a variety of industries, but do the benefits outweigh the possible cons?

Most of the cons that accompany the discussion of industrial robotics fall into three categories:

If the first two problems listed can be overcome, the cons of industrial robotics become a matter of automation anxiety.

One of the biggest worries is whether people will lose their jobs once industrial robotics becomes mainstream. According to researchers at Oxford University, you could see robots completing nearly 45% of manufacturing by 2025. Some countries, like China and Japan, have already gotten a jump on the industry, incorporating more robots per industry than any other country in the world.

Bill Gates, the mind behind Microsoft, believes businesses that replace human workers with robotics should pay a tax equivalent to the income tax of a human worker. While that ensures services like Social Security and Medicaid taken from income tax will continue to be funded, no one has yet presented a solution for the workers who might be left out of a job.

What Industries Will Be Most Affected?

What industries will be most affected by the robotics revolution?

On the other side of the spectrum, jobs that require a lot of intuition and empathy, like physicians, therapists and clergy members, are relatively safe. There is a lot that a robot can do, but, for now, those things don’t include empathy and emotional support.

The robotics revolution is coming, and it has the potential to improve the way we do everything from bake bread to manufacture cars. What we can’t forget is the human element — the people who have shaped the industry to make it what it is today.

While their jobs might be replaced by robots, there is no replacement for the contribution they’ve made. It’s our job to make sure employment opportunities still exist for people displaced by robotic workers.