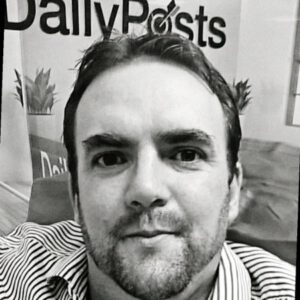 Wearable Tech For Those With Disabilities: Shaping the Future

Wearable Tech For Those With Disabilities

Wearable tech is one of the most exciting aspects of the rapidly growing tech sphere. One particularly powerful application of the technology is for those living with disabilities. More and more gadgets are being geared towards improving the quality of life of this significant sector of society. Data is being recorded, stored and communicated by gadgets to create a richer life experience. The cloud is enabling amazing telehealth breakthroughs, visual learning, and much more. In this article, I will look at some of the breakthroughs that are happening in this fascinating field, from basic tools to incredible feats of human computer interaction.

According to the WHO, around 15% of the world’s population lives with some form of disability. 15% translates to about 785 million people, and of this figure, 2-4% have serious difficulties in functioning in the modern world. The figures are much higher than 40 years ago when WHO published previous estimates. These estimates, which date from the 1970s were only about 10%. The organization explains that the global estimate for disability keeps rising as a result of population ageing and the rapid rate at which chronic diseases are spreading. They also cite improvements in methodologies used to measure disability.

With the rise in the number of disabled people living in a world where technology is evolving at supersonic speed, innovators are inventors are developing some ifty tools. Some have the power to transform lives. Read on to find out more about some of the most significant gadgets out there at the moment.

Visual Impairment can mean anything from total blindness to partial sightedness. Where medicine has failed to cure or reverse vision loss, technology is helping the visually impaired function better.

How about a Braille watch? This watch doesn’t just tell time. It allows the visually impaired user to read emails, text, and fully engage with their smartphone. The device connects to any smartphone via Bluetooth, and then translates the text into Braille. It has six dots on four cells covering the surface of the watch. These dots lower or rise to form four letters in Braille at any given time. As you can imagine. It’s an incredibly functional, affordable tool for staying connected on the go.

The Bradley by Eone

The Bradley is a watch that allows the wearer to tell the time using touch. Two ball bearings replace traditional watch hands, with one ball indicating hours and the other indicating minutes. You could say this watch doesn’t add much value,, since there are devices with screen readers that can tell time, but, sometimes, simplicity is the way forward.

This device uses a small camera to scan text and give real-time audio feedback. It allows the visually impaired person to read from traditional books or an electronic device by pointing a finger at the text, one line at a time. It also vibrates at the beginning of a line, the end of a line, when the user is moving to a new line or is veering away from the text baseline.

Israeli company, Orcam, developed smart glasses that recognise faces, text, products, money, and lots more. These glasses use an AI that tells the wearer what they are looking at. They have a tiny camera attached to the side and an earpiece to transmit audio. They pick up text from any surface and store the information, allowing them to recognise what they have seen before.

Indian company, Ducere Technologies, created Lechal – smart shoes that could replace the white cane. Their aim is to provide intuitive navigation using vibratory feedback to guide the wearer to wherever they need to go. They also come as insoles that allow you to convert any of your shoes to smart shoes. These rechargeable shoes are GPS-enabled and may be used by anyone, including athletes, and travellers who may be visiting a new place.

The Technical Research Centre of Finland (VTT) designed a wearable sensor device to enable visually impaired people to sense their environment. Worn as a heart monitor, the device is based on a radar system that allows signals pass through clothing. It senses obstacles in the wearer’s surroundings and conveys that information to the wearer via voice feedback or vibrations. When the device was clinically tested, the majority of the testers felt that the radar improved their ability to perceive their environment, however, they were not impressed with the mechanism of vibratory feedback and distance control. The device is still in development. It definitely has potential.

There are devices that take what little vision a visually impaired person has and tries to make it better. An example is the electronic glasses made by Toronto based company, eSight. ESight’s glasses use high-definition cameras to beam images onto the wearer’s peripheral vision, as some people suffering from vision loss may still have their peripheral vision functioning.
Hearing Impairment

Just as the name suggests, The Sound Shirt allows deaf people to feel the music. A computer system picks up sound from the speakers around them. Connected to this system, the shirt is filled with little motors that vibrate as the music plays.

The Vibeat range of devices allow people who are deaf or hard-of-hearing to enjoy music through vibration. Designed by Liron Gino, a graduate of Bezalel Academy of Arts and Design, the Vibeat collection is a fashionable set that includes a bracelet, neck piece, and pin. Working like headphones, the separate pieces combine to create a system which make vibrations from music tracks. Each individual piece reacts to higher or lower ranges, enabling the wearer feel the music through touch. They connect to any Bluetooth enabled device that can serve as the music source. Within the Vibeat pieces are internal motors that cause them to vibrate at various rates.

The above are only a small sample of the technological advancements that are possible with wearable tech. A great population of people living with disabilities around the world may not yet have access to these technologies, but, at least, we are on the right track.

James is a business psychologist and serial entrepreneur, with over a decade working in finance, IT, marketing and recruitment sectors. James has been a contributor to several publications such as business.com, huffingtonpost, as well as engadget.