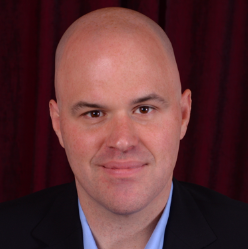 6 Blockchain Applications That Any Small Business Owner Can Use

Although associated with the virtual currency bitcoin, blockchain technology can be applied across multiple industries, and it could be particularly appealing to small business owners who are in need of affordable and secure ways to transfer and store data. In fact, here are six blockchain applications that small business owners should start using.

The most well-known blockchain application is being able to securely and affordably send and receive money transfers. Since blockchain technology has its roots in cryptocurrency and was conceptualized by Satoshi Nakamoto as a core component of bitcoin, this should be an obvious selection.

But why should a small business owner embrace the blockchain when sending and receiving payments?

For starters, because the blockchain is decentralized, it eliminates the need for transferring funds between various banks. The transition takes place directly between you and the other party. Without financial banking institutions playing the role of middleman, transaction fees are reduced to almost nothing, while transfers are almost instant.

This may not be that big of a deal if you operate domestically, but if you’re involved in the international market, and especially if you have international employees, this is a major time and cost saver.

And in a world where constant threats from cyberattacks are more prevalent than ever, blockchain ensures your money transfers are secure.

As blockchain technology uses a public ledger, everyone can view all transactions and balances, which is a way to prevent anyone from manipulating the system. Also, it would take an insane amount of computing power — more than the average person has access to — in order to tamper with the system.

Gift cards and loyalty programs are simple yet effective ways to boost sales, strengthen relationships with existing customers and attract new customers. They can also help your small business compete with national brands, improve your brand’s appeal and expand your digital payment options.

Thanks to the verification capabilities of the blockchain, it can be used to issue gift cards and administer loyalty programs for your small business. For example, Gyft uses the blockchain’s public ledger to make it easier for people to trade or redeem gift cards.

In a statement, the company announced its aim to solve one of the biggest concerns with the gift card industry: “Consumers can redeem different forms of digital value in a single transaction: For example, a consumer can buy a cup of coffee by combining a gift card, branded reward point and coupon, since all blockchain-based digital assets operate on the same open standards.”

Although the term “smart contract” has been used since 1993, it really became a trending topic after the 2013 release of the Ethereum Project, which “is a decentralized platform that runs smart contracts: applications that run exactly as programmed without any possibility of downtime, censorship, fraud or third-party interference.”

Chris DeRose explains on American Banker that smart contracts are “self-automated computer programs that can carry out the terms of any contract.” DeRose added that “it is a financial security held in escrow by a network that is routed to recipients based on future events and computer code.” This will give small businesses the opportunity to use smart contracts to bypass regulations, as well as “lower the costs for a subset of our most common financial transactions.” As if that weren’t enough, these contracts are unbreakable.

Companies like Slock are using this application to rent bicycles. In this case, a bike is only unlocked after both parties agree to the terms of the contract.

While beneficial for businesses, current cloud storage providers are centralized. This means that these providers are actually in control of your digital assets. Another concern is that many business owners are purchasing expensive monthly plans for storage they’re not using. Companies like Storj are changing that.

Also, Storj will allow users to rent out any excessive storage. Think of it as the Airbnb of distributed cloud storage.

As previously mentioned, security is a top priority for small businesses. And for good reason. Approximately 43% of cyber attacks target small businesses. Blockchain technology, however, has the power to change all of that.

Tracking and managing digital identities through blockchain technology is secure and efficient. For Instance, instead of using password-based systems that are stored on insecure systems, there are blockchain-based authentication systems that require digital signatures. These signatures represent irrefutable identities because they’re based on public key cryptography. The only way to validate an identity is through having the correct private key.

Eventually, the blockchain will use digital identity authentication for passports, birth certificates, e-residency and IDs.

IoT has the potential to deliver a wide range of benefits for small businesses. As explained by Jennifer Klostermann, “The connectivity offered by advanced IoT implementations doesn’t only ensure our machines are talking to each other, it’s also connecting humans and machines in a variety of constructive ways to improve agility, collaboration, knowledge sharing and much more. Such technology, with its array of sensors delivering improved measurability, further allows better decision-making thanks to the wealth of constructive information made available to the relevant personnel in coherent formats.”

Additionally, connected cars, smart watches, collaborative networking and mobile connectivity are also being advanced by IoT, which means that business owners can either set up an office wherever they like or hire more employees remotely.

The main concern with implementing IoT is security. Again, because of the security that blockchain technology offers, this is a concern of the past.

Also, blockchain technology can create a central hub where all your devices not only communicate with each other but will also be managed and updated automatically.

As with any emerging technology, there will be some trial and error involved when implementing a blockchain application for your small business. But overall, the six blockchain applications listed above can help business owners save money, improve their security and streamline processes that typically involve multiple systems.

Loren Baker is the Founder of SEJ, an Advisor at Alpha Brand Media and runs Foundation Digital.