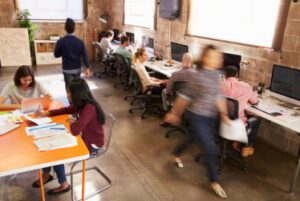 Tech Startups Cry Out for Cash

Around 130 million startups launch across the world each year and of those, some 1.8 million of them are tech related. A Forbes analysis has close to 100,000 of the tech startups managing to get at least angel funding. Half of them find funding in the US. Only 1500 to 4000 make it to a venture capital funding round. This may seem tiny but we should remember that a VC round could range into the hundreds of millions of dollars. By March 2017, overall late stage VC funding in the US was worth $9.4 billion. The record second quarter of 2016 saw deals north of $14 billion.

In recent years VC funds have tended to grow more slowly than the steady increase in the number of tech startups. VC funds invested heavily into startups since 2014, some of the investment bypassing IT startups for other newly launched companies with above average prospects. But VC investors have now raised the funding bar and startups are failing to secure other financing.

A Silicon Valley Bank report reveals that 51 percent of startups expect their next funding round to be backed by venture capital, followed by corporate investors with 11 percent.

This shows that tech entrepreneurs and founders remain heavily dependent on VC funding, but that venture capital investors are less willing to back them. This reluctance is down to bad performance in the past couple of years and also because a proportion of funds is frozen in recently backed companies which remain in the red.

Banks Turn Away Half of Small Businesses

Identifying businesses with high growth potential is classically difficult even for experienced analysts and investors. Many of those who launch businesses in North America do so because they have lost their jobs, rather than because they have spotted market opportunities. Some end up in profit, but many initially promising businesses fold within the critical initial two or three years. Whatever the motives and outcomes, startup activity in the Americas is returning to pre-recession levels, as shown by a steadily rising Kauffman Index of Startup Activity. 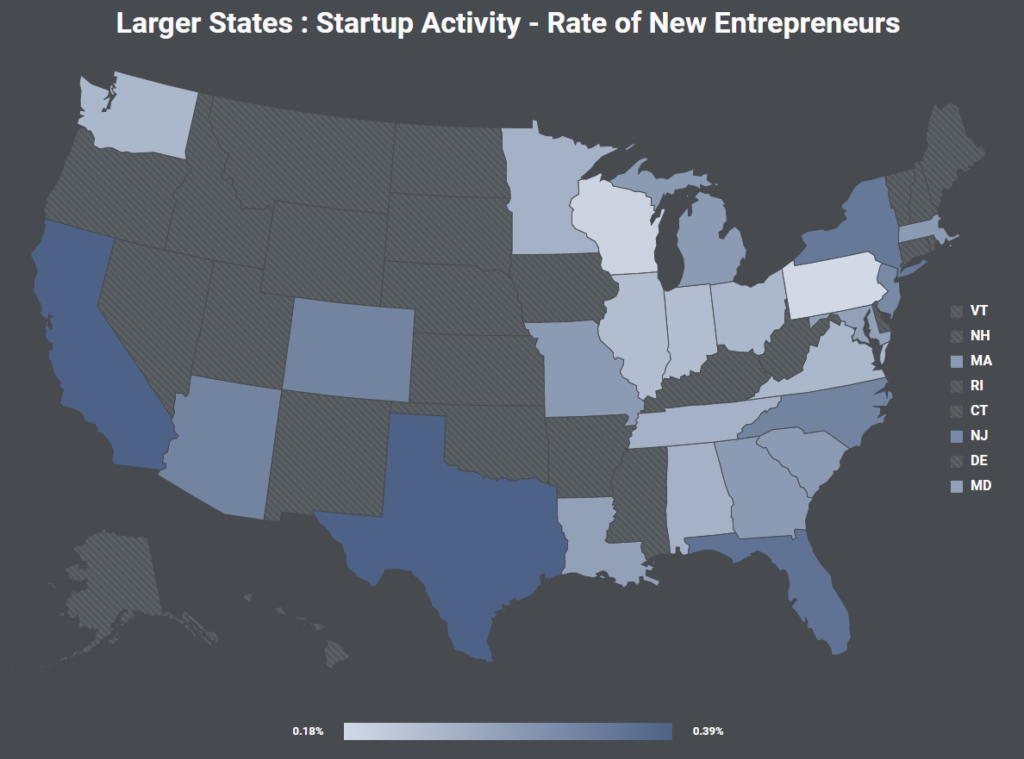 The differences between startups and small companies often blur since both have pretty similar fundamentals. Small businesses in the $5 to $100 million range traditionally enjoy fair reception at US banks. A Dun & Bradstreet report puts their bank loan approvals reaching close to 90 percent in recent months. Meanwhile, venture capitalists are tightening criteria for smaller companies. Even banks restrict funding to small companies: over half of bank loan applications by companies with under $5 million revenue were rejected in the third quarter of 2016. Also, while small US businesses apply for a median of $100,000 of funding, they get $40,500, finds the report.

Another report adds another note of alarm. Dow Jones’ VentureSource shows that venture capital backed 5350 US startups in 2004 and that their number grew to 16,000 by March 2017. While this looks like normal market development, digging deeper into the Kauffman report shows that an impressive 550,000 Americans a month were becoming business owners in the past year or so. The competition they offer might not be good news for startups, after all.

Launching a startup today is more affordable than ever. Software-as-a-Service and Infrastructure-as-a-Service, combined with multiple tech incubators and crowdfunding platforms, make it very easy for anyone to start an online business. The flourishing of apps, especially for mobiles, fuels growth further. Most of these new businesses require funding to grow and acquire global presence. By March 2017, venture capitalists had invested $410 billion in tech startups, from only $135 billion in 2004. Moreover, the term tech startup no longer means an IT company. Machine Learning and AI are directing tech startups into healthcare, finance, banking, agriculture, transportation, and many other industries. The hunger for growth capital is bigger than ever.

One might apply sectoral distinctions and argue that these tech startups do not actually compete with each other. However, they compete indirectly. One area of competition is talent, which is scarce. Another is location: Silicon Valley, for one, is becoming prohibitively expensive for growth companies. And since no market can absorb all the innovative solutions on offer out there, these startups are in fierce competition for clients as well.

Limited VC fund liquidity and a record rate of startup launches may lead to a complicated scenario. Tech companies would be forced to seek alternative, often more expensive, funding. This in turn may limit their growth or result in failures which VC backing would have prevented.

The outlook for tech startups in 2017 is not necessarily worrying. But every tech entrepreneur today faces a VC funding market that is not as accessible and accommodating as it was only a couple of years ago.