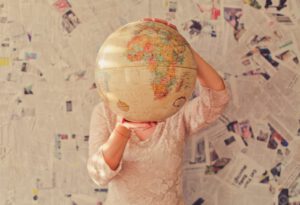 The past few years has seen a fervent battle between Hotels, Air BnB, and Online Travel Agencies (OTAs) to become the dominant market force in accommodation bookings. Whilst Air BnB and OTAs have made a significant dent in hotel’s profit shares, they are starting to fight back in an attempt to encourage customers to book directly with them.

Their reliance on 3rd party booking systems, combined with the rise of Air BnB has created an increasingly ruthless market – hotel chains can no longer afford to pay sites like Priceline or Expedia a cut of their profits. OTA’s take a portion of the sale, usually around 10-20% depending on the site. The main issue the hotels face is that most travellers under the age of 35 prefer to use online search engines rather than booking directly, despite numerous campaigns that have been run by the hotels.

The Hilton, for example, ran a ‘Stop Clicking Around’ campaign that highlighted the ease of booking through the Hilton compared to shopping through comparison sites – it was widely considered to be the largest ad campaign in the 100 year history of the chain! Other firms are using loyalty programs to try to incentivize customers to book directly, offering 25% discounts to book directly, allowing customers to redeem points for amazon vouchers and offering free Wi-Fi or room upgrades.

Hotels have also decided to fight back by legally challenging the OTAs market monopoly. Bloomberg reported that the U.S. hotel industry have proposed to lobby the federal Government and Federal Trade Commission officials, on top of launching a marketing campaign highlighting “the Expedia and Priceline duopoly.” Yet despite their best efforts, hotels are losing this battle. In fact, OTAs like Flighthub (a Momentum Ventures company), have now surpassed direct bookings for the first time and their growth has shown few signs of stopping any time soon.

But the hotel industry is not just fighting against the rise of OTAs, the meteoric rise of Air BnB has had massive consequences for the hotel industry in general. There has been a swathe of lawsuits aimed at Air BnB over their unfair advantage in to being held to the same regulations that hotels have to adhere to, but nothing has really halted the onward march of the sharing economy. The American Hotel and Lodging Association (AHLA), a hotel industry trade group, has been increasing its lobbying efforts to try to get more regulation in place, but lawsuits and legislative processes like this can take years to come to fruition so hotels will need to find new ways to fight back.

With Air BnB adding Trips and Places, which allow you to book guided tours and meet other users, their market share and user appeal will likely continue to grow. Hotels are looking down the barrel of industry disruption that is sweeping every industry, unless they can adapt, they may never see their profits return.