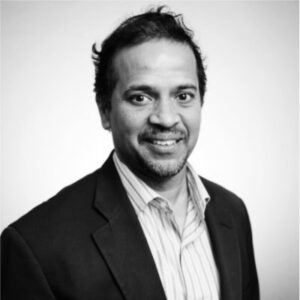 Are you being served by an empathetic Bot!

Are you being served by an empathetic Bot!

Move over chatbots – it is time for the empathetic bot. Say what? Recall the American Airlines snafu with the passenger and her baby. Coming on the heels of the United fiasco and the delayed apology by the CEO, AA was on top of it instantly and the responses from AA went like this to anyone who tweeted about this incident – “What we see on this video does not reflect our values or how we care for our customers“. Rinse and repeat hundreds of times to anyone who tweeted with the @Americanair handle. I hazard that this was a bot which was spewing out this response as fast as the tweets were coming in. The first question that should give you pause is ‘does this count as empathy and would you feel satisfied knowing that this was a bot on the other end versus a real human being’. Especially so when you are enraged and upset about how AA behaved. Moving on.

Driverless cars, autonomous vehicles, thinking transportation – pick your favorite phrase – this is hitting us faster than we can shout ‘Mama’. And Uber has made it amply evident that the drivers are their biggest expense and are on a funding spree to get the driverless Uber out as quickly as possible. But some of the naysayers suggest that unlike the current Lyft or Uber experience where there is an actual driver with whom a ‘bond’ can be established, the empathy bereft autonomous vehicles will make for a dull ride. Or will it? Apple recently bought San Diego-based Emotient – founded in 2012 and has already been awarded patents covering how it uses crowdsourcing to “train” its machine-learning technology for sentiment analysis and a way to understand facial expressions without storing recognizable images of individuals’ faces in order to create “emotion-aware machines“. And that’s not the only one – BRAIQ – a NY startup whose mission is to ‘create the personalized automated driving experience that you can trust’. In short, your personal thinking, feeling concierge inside your car. Maybe if you never wanted to leave your car after coming home, you cannot be blamed – the car loves you unconditionally and does not ask you to reciprocate the emotion! Moving on again.

A frequent complaint of many an interview candidate is the black hole that follows an interview session. Now there’s a solution. Enter San Francisco-based Mya Systems that has developed an AI recruiter that can evaluate resumes, schedule and conduct applicant screenings, and even congratulate you on your first day of work.

The founder Eyal Grayevesky asserts that “Even when candidates don’t get a job, they’re excited to hear back at all because they’re so used to the black hole of resumes”. So, a bot calling and expressing regret is better than no response at all.

So there you have it! The thinking, feeling bots are here. Customized and personalized to taste with impeccable precision. Now, are we craving the fallible and quirky human after all – wait that’s available as a bot option as well! More seriously, as we plunge with supersonic speed into this area of ‘intelligent machines’, we must brace ourselves for these taking over some of the tasks that are monotonous. That’s a given. But my musings here should raise awareness about the other end of the spectrum where humans frequently fail as well – sometimes willfully but mostly due to oversight – on the empathy spectrum and this will be filled by bots as well. Is that acceptable or does that cross a line that should not be crossed? And the trustworthiness & security that comes with the bot – topic for another day!

Ashwin is an industry expert with over two decades of experience in cybersecurity and cloud technologies. The author of “Mobile Security for Dummies”, is currently Senior Vice President of Products and Strategy at HyTrust, a late stage security startup. A recognized thought leader, Ashwin has written for LightReading.com, Virtual-Strategy.com, ITSPMagazine.com, & SiliconIndia.com. Ashwin has also spoken at a number of conferences and events including Mobile World Congress, RSA Security Conference, VMWorld, Telecom Industry Association, and Product Camp Silicon Valley.