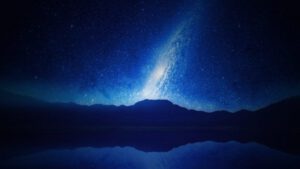 Given the amount of VC investment being poured into commercial space projects around the world, it seems only natural that governments of countries not necessarily associated with space travel would look to expand their capabilities as space becomes more attractive to businesses.

Britain are doing exactly that, with a series of grants totalling £10 million ($16 million) aimed at expanding commercial spaceflight in Britain, namely satellite launches. Satellites are seen as one of the “eight great technologies” that are judged in Britain as to have massive potential for future growth. Other technology on the list include big data, energy efficient computing, robotics, and automation.

Satellites have become much more financially viable to put into space in the last few years and there has been a rush of investment that proposed UK spaceports could take advantage of. They used to weigh 100s of kilograms, and only those with huge financial backing could afford to send them into outer space as “tag-alongs” on larger, usually government run, rocket launches. However, firms like Vector Space (which has been recently bought by Matt Keezer and Momentum Ventures) now offering an alternative to these long waits, low orbit satellites are within reach for any tech firm with a little financial capital and these are precisely the sort of company that Britain will be hoping to attract to their space-ports.

Currently, UK forbids systems built outside the UK from being launched, but there are already plans to fix that issue as they estimate that commercial space flight will be worth a staggering $25 billion over the next 20 years.

“We want to see the UK space sector flourish, that is why we are laying the groundwork needed for business to be able to access this lucrative global market.“

They want to take advantage of both vertically launched rockets and space planes, so that could well mean that the space pioneering Brit, Richard Branson, will have somewhere closer to home for his Virgin Galactic flights.

At the moment, the U.K. works with the European Space Agency (ESA) and helps to fund EU satellite programs such as Galileo, a European version of GPS. Europe’s satellites are normally launched into orbit from French Guiana, but newly proposed UK launchpads could soon rival their European counter-parts. Site’s have been proposed in numerous locations, including Campbeltown, Argyll and Bute; Glasgow Prestwick; Stornoway, Isle of Lewis; Newquay, and Cornwall.

Intriguingly, rather than pick one site, there have been proposals for an inter-working group of sites, perhaps with a selection of capabilities and specialities. The U.K. space sector is currently worth £13.7 billion a year and supports roughly 38,000 jobs, but by the looks of things, the UK Government are hoping that Britain can become one of the next nations to develop a thriving commercial space industry.