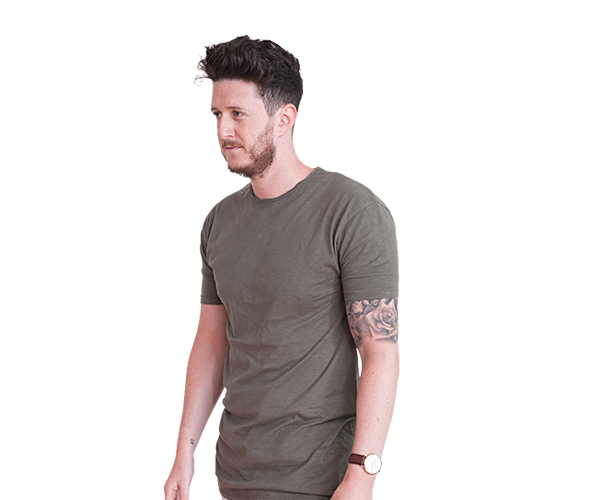 It is no secret that the tech side of the digital industry continues to be male dominated as just last year it was reported 50,000 girls were turning away from a STEM education each year and in an extensive survey which was carried out by PwC , the results showed that only 3% of females expressed that a career in tech would be their first choice, with only 5% of females holding leadership positions in the sector.

Undoubtedly therefore the subject is something of a ‘hot topic’ at the moment so I wanted to take the opportunity to use my experience alongside insights from some North West digital heavyweights to ask the question “Why aren’t there more female web developers?”

Having worked as a university lecturer for 8 years, focusing on web design and development alongside running successful web design studio, MadeByShape, I have come across some very talented individuals. Students embarking on courses such as Graphic Design can make an informed decision on the pathway that they want to peruse once they have spent a little time studying each field; whether that be type led, illustration, photography, web design or motion. In my experience, around 50% of students would choose web. 70% of these will enjoy the subject and of this number, only around half of those will actually go on to pursue it as a career. Of this small number, very few are female.

So, do we need to look at why enough female students aren’t picking web as an option? And if so, does work need to be done to reinforce how big the industry is (and is likely to grow), how many opportunities there are for jobs, or how eye catching the pay salaries and company benefits are?

The number of females choosing Graphic Design and similar courses is high, so what is the reason for them not choosing web, with digital now emerging as a bigger industry than print design? Are they just not interested in coding all day every day? Would they rather be on the creative or client side of an agency? Or is it simply that a career in tech has not been previously mentioned to them and so it has never been considered?

Director of Tech North Advocates and Mentor at Entrepreneurial Spark, Naomi Timperley believes “Girls are being left out of the conversation when it comes to technology. They’re led to think tech is insular and antisocial. And they’re never given a chance to correct those perceptions. This pattern might start in our homes, but it has serious implications for our economy and for women at large. If women don’t participate in tech, they are losing the chance to influence the largest economic and social change of this century. Girls need to seek tech in their surroundings and understand that people have created that tech.”

So are those of us working in the industry doing enough to make a change?

I have to admit, I have certainly noticed movement in the last couple of years with actions being taken to address these issues and figureheads in the sector engaging in activity to help make a change. Amongst these are leading cloud technology business UKFast. In a recent conversation with Lawrence Jones MBE, Founder and CEO, he told us:

“Every business needs balance; UKFast’s board is 60/40 women to men, but our technical department does not reflect this split. There aren’t currently enough female engineers coming through to fill the roles and it is tremendously difficult to find female technical engineers in the same numbers as men. I put this down to our education system not looking at technology in the right way and poor careers advice in schools over the past 30 years.

“We want to open the eyes of girls, and their parents, about the wealth of career opportunities in the tech sectors. Personally, I think we’re now making great strides, both in schools and in the business community and these partnerships make complete sense. It’s only a matter of time before we reach a tipping point and see the numbers of women in tech rising”

As you’ve probably realised this topic is something that I feel particularly passionate about and so I was keen to use my experience and position to do my bit. At MadeByShape we have provided numerous opportunities to students and graduates, both male and female, to come and work with us on live briefs, with team members on hand to answer questions. Work experience is a vital part of the learning and development process when trying to break into any industry and is something I try to encourage with students on a weekly basis.

To take it a step further, we are now working with local colleges to target a younger audience by offering work experience to those interested in the digital sector. During a 3 week placement, that individual will gain a great insight and have a good idea whether this is something that they enjoy; this is a valuable opinion to take away. So many students in my experience get to the end of university and still don’t know what they want to do. By actively giving younger students these options earlier in their career, they can make decisions and focus solely on the path they want to go down. This will in turn improve their skill set in that area and concentrate research into a specific sector instead of diluting their knowledge between various subjects they know they won’t be moving into in the future.

So we all know that there is a massive digital skills gap in this country; add to that the fact that women are hugely under-represented in the sector and you’re left with something of a problem.

So what else needs to be done?

Naomi Timperley says “Role models matter. Parents’ attitudes matter. Teachers also have a positive impact on girls. The endless attention paid to male tech stars isn’t going to change how girls feel about tech. What will inspire them are the stories of women like mathematician and computer programmer Ada Lovelace and women succeeding now in the industry.

Women are the world’s most powerful consumers, and their impact on the economy is growing every year. What’s more, women are strong tech users, outnumbering men on all major social media sites (except LinkedIn), for Instance. It’s safe to say that women are spending at least a sizeable chunk of their purchasing power on tech products. So it makes sense to look at who’s designing them. Only 17% of Google’s engineers, 15% of Facebook’s, and 10% of Twitter’s are women. The consequences for tech products designed predominantly by men might not be so dire, but the point remains; bringing more women into research, design, and development can lead to better products and user experience for the people who are actually going to buy and use them.

With the rise of code clubs such as Liverpool and Manchester Girl Geeks, girls are slowly coming to realisation that tech is cool and not just for geeks.  The attention to coding has popularised computer science among boys, but it hasn’t moved the needle with girls quite yet.”

So, in summary, its seems that we are all in agreement that the gender gap in the tech sector is undeniable and there are plenty of figures to back this up. No matter who you are or where you work, the gender gap in tech already impacts you so what is important now are the steps we take to start closing this together.