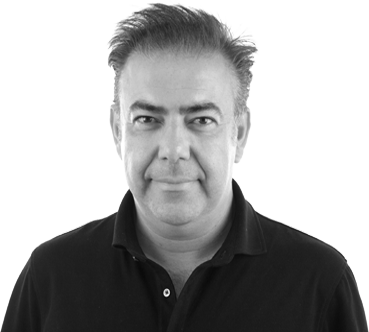 So, what’s at the center of this automotive technological revolution? Connectivity.

Enabling a vehicle to become “connected” was the first domino to fall in terms of the technological innovation in the automotive industry. Establishing wireless connectivity enabled vehicles to become connected to call centers for features like automatic crash notification and road-side assistance services. Connectivity technology is still on the rise, as a recent BI Intelligence report estimates that 75 percent of vehicles produced by 2022 will be connected.

Just as this technology increased in popularity for automakers by the mid 2000’s, the introduction of the smartphone and mobile apps quickly ushered in a new phase of connectivity: Infotainment.

The introduction of smartphones and the rapid consumer adoption of mobile apps dramatically altered the in-vehicle driving experience. During this second phase of automotive innovation, automakers began integrating consumer smartphones into their vehicles and enabling infotainment. Consumers could now access familiar apps like Facebook, Spotify, Pandora, etc., allowing them to extend their personal digital lifestyles into their cars. Infotainment integration has become widespread, with the first infotainment service announced by Ford in 2007, and global deployments of Apple and Google systems by 2015. As a result, all major automakers have no made infotainment systems available to consumers in the majority of their vehicles.

As infotainment services became standard in today’s modern vehicles, the connected technology which made it all possible continued to evolve.

Built on the two phases that proceeded it, the third phase of vehicle connectivity – the phase we’re currently in – is centered around over-the-air (OTA) transmission of vehicle software updates and data to automote software recall fixes and feature updates and power new driving centric services. OTA technology will also allow for continued improvements in advanced driver assistance systems (ADAS), vehicle-to-everything (V2X) communications, and in the not so distant future, fully autonomous driving capabilities.

As increasing volumes of vehicle data is gathered over time, and artificial intelligence (AI) based technology continues to advance, fully autonomous driving (SAE level 4 & 5) will become a reality. The widespread adoption of autonomous driving and on-demand mobility services will fundamentally transform how society travels, and transportation models as we know them today will slowly fade away paving the path towards “smart” mobility services.

Even vehicle design will change. Instead of being centered around the driver, it will shift to providing “riders” with the best in-vehicle experience possible leveraging virtual assistants, off-board content and services, and real-time updates and notifications.

As futuristic as fully autonomous driving sounds, it’s quickly heading our way, and all because of the steady integration of new technology on top of a strong foundation of vehicle connectivity. As the world around us became increasingly connected, wasn’t it only a matter of time until our car’s followed suit?

Kamyar became the company’s president and CEO of Airbiqiuty in 2002 after several years as a senior manager instrumental in developing Airbiquity’s automotive solutions. He has more than 20 years of experience in the wireless industry including senior positions at Netro Corporation, AT&T Wireless Services, and Motorola.

He earned a B.S. in computer science from Washington State University.