Google and Microsoft: The Race For AI Chips 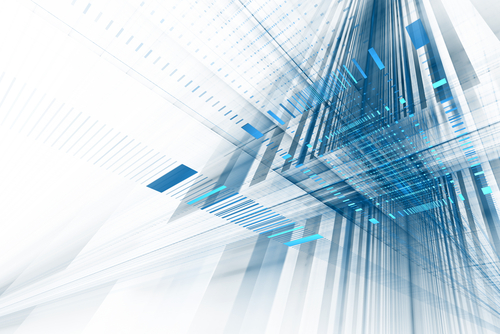 The Race For AI Chips

The semiconductor industry is doing well, with sales of memory and chips growing in 2017. But are current manufacturers slow to adapt to fast developing new technologies like artificial intelligence, virtual reality, and the Internet of Things? Computer chips are still not powerful enough to process AI algorithms and VR. IoT requires more processor power to manage vast networks of connected devices. Demand will find satisfaction as new players enter the semiconductor industry, some of them known for achievements in other fields.

Google and Microsoft are both developing their own chips to tackle the challenges of AI and VR. Apple, too, is developing proprietary chips to power mobile devices and is probably working on a more advanced AI-chip technology.

Harry Shum, in charge of Microsoft’s new AI and Research Group, recently unveiled a new chip created for the HoloLens augmented reality goggles. The chip is designed to run deep learning software able to take advantage of recent developments in speech and image recognition. Microsoft state that since they were unable to power their VR device with any existing processor, they had to research and create one in house.

Google announced their deep learning chip in late 2016. The tensor processing unit or TPU should improve deep learning processes in the company’s cloud. Demand for technologies like speech and image recognition is skyrocketing and Google decided to invest into the new TPU instead of into 15 new datacentres. TPU technology is now available to Google’s cloud computing clients, turning the company into a major chipmaker. Meanwhile, Microsoft plans to offer its chip to clients of its cloud as early as next year.

Established semiconductor manufacturers like Intel and Nvidia are set to witness growing pressure from chipmakers developing AI chips and processors designed specifically for VR and IoT applications. Though trailing established manufacturers in some specific fields, behemoths like Google, Apple, and Microsoft have vast resources to create their own chips. There are other rising stars, however. Ex-Google engineers who were part of the secretive unit that developed TPU have formed their own venture, Groq, to work on a new deep learning chip. Other startups, from stealth mode to ones that have a few funding rounds behind them, are also working in the field.

While those startups provide cloud companies, data centres, and other innovative business with brand new solutions, companies like Intel and Nvidia are trying to retain their market shares by selling what they already have. In developing deep learning capabilities, they appear to bet on extending current abilities incrementally, rather than starting from zero. Both companies, and Intel especially, are also acquiring innovative startups to boost AI development. Google and Microsoft, incidentally, are also aggressively buying innovative tech startups.

Though sales are flourishing, chip making is experiencing a flux, with established manufacturers attempting to slow adoption of brand new technologies and a good number of startups aiming for major breakthroughs. Players like Google and Microsoft, positioned somewhere in between, are gradually accumulating the technology and experience that will allow them to become mainstream deep learning chipmakers. Apple is also in the race, though their secretiveness obscures the real thrust of their AI chip research. The clever money says that AI, VR, and deep learning technologies are set to revamp the industry in a major way sooner rather than later.