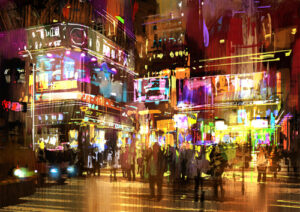 These U.S. Counties Are The Best At Using AI For Their Citizens

AI For Their Citizens

Every year, the Center for Digital Government conducts a survey of every county in the U.S. and ranks them on how well they use information technology (IT) to enhance public service.

Based on the results of this year’s Digital Counties Survey, 60 counties across the nation in five separate population categories were recognized for their effective use of tech. We’ll highlight the winners of each category, but first, here are some of the top insights from the report:

For counties that haven’t introduced much tech yet, this survey shows that citizen engagement tools such as live-streaming and social media are a useful first step. Improved internet access is another vital prerequisite. Open data portals and cybersecurity improvements should be top priorities as well.

Counties that already have a significant amount of IT services in use should focus on optimizing how they use those tools. Collecting and analyzing data on how well initiatives are working can help officials identify where improvements are needed.

These improvements can be made by expanding current technologies, investing in new ones or changing how they’re used. Some tech can even make improvements automatically. Software now exists that can automatically fix broken website links or collect information on user interactions with government apps.

That’s the strategy many of the winners of the most recent Digital Counties Survey followed. The focus this year, the Center for Digital Government noted, was more on how best to use current technology rather than introducing new kinds. This signals a shift from excitement about new capabilities to figuring out what these resources can really do for people.

Here’s exactly what the highest-ranking counties did to earn the top spots.

In the 1 million or more population category, King County in Washington took first place for its use of online technologies for citizen engagement and efforts to provide internet access at low costs and, sometimes, even for free.

The county saw a 33 percent increase in its social media followers. It says its micro-blog, where 64 different contributors write about county programs, contributed to that growth.

King County also partnered with the Community Connectivity Consortium to provide access to high-speed fiber to public, government and education organizations. This has helped the local government in reaching digital equity goals.

Westchester County in New York earned the top spot among counties with 500,000 to 999,999 residents. This county has delved into the world of mobile apps, AI and cybersecurity in an effort to improve government function and the lives of its citizens.

Westchester has developed several mobile apps that its workers use to help them get their jobs done. It’s also set up a shared services program to help government entities save money on tech services.

It has begun using AI to detect potential cybersecurity threats and invested in a fiber network that provides internet access to businesses and other organizations in the county.

In the 250,000 to 499,999 population category, the Colorado county of Douglas won the top spot for its efforts to share data with citizens and use Machine Learning to help those in need.

Through a partnership with the state of Colorado, Douglas County is participating in a pilot project that aims to use AI to identify at-risk children. The machine learning algorithm is combing through historical data in an effort to identify patterns that could be helpful in identifying these children.

The county has also demonstrated a strong commitment to open data and to share information with its citizens. It’s currently working with municipalities to expand that open data initiative. Douglas also recently utilized that data to launch a mobile application that alerts citizens about roadwork that’s being conducted.

This is the second year in a row that Arlington County, Virginia, has placed first in the 150,000 to 249,999 population group. Its work on using technology to create a more open government and to make better decisions earned it the top spot.

The county livestreamed all its public meetings, which it says led to increased engagement. It also operates an open data portal with over 100 data sets that it uses to help make more-informed decisions.

Arlington County also uses AI in its cybersecurity efforts and plans to launch a virtual call center for those seeking to do business with the county.

In the classification of counties with up to 150,000 citizens, Albemarle County improved its ranking from seventh to second to first over the past three years by focusing on customer engagement, transparency, infrastructure and security.

The county has used tech to increase transparency by livestreaming meetings and providing county records as well as other information to the public. It also actively sought public input on its upcoming telecommunications plan and other projects.

Albemarle also recently received a $118,000 grant to further develop broadband service in its rural areas, and conducted an in-depth security audit. This led the county to look into AI for use in cybersecurity as well as other areas.

Modern technology is a powerful tool that it seems many government organizations don’t take full advantage of. That’s not the case with the counties in this post. They’ve used the power of information technology to improve everything from citizen engagement to government transparency to cybersecurity. Hopefully, more and more counties will continue to follow suit.