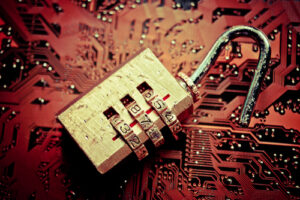 Practically every industry relies on Big Data, from education, government, and healthcare to banking, manufacturing, and retail. With the rise of Big Data over the last ten years and the significant increase in cyber security threats over the last two, the opportunities for both business and cyber criminals are growing exponentially. This means that information security is more important than ever. Businesses need to stay one step ahead if they want to avoid becoming the next target of a big breach.

According to an article published by the Master of Science in Cyber Security Department at the University of San Diego, “Just as big data has opened up new possibilities for cyber security teams, it has also given cyber criminals the opportunity to access mass quantities of sensitive and personal information through the use of advanced technologies.”

Data breaches increased by 40% between 2015 and 2016 and the trend continues in 2017. This is for bad for consumers and bad for business. Identity theft costs the average victim $1,343 in stolen assets and expenses like legal fees, which can be a lot for the average consumer. According to a new report and timeline just released, these are the worst data breaches over the last ten years, how they happened, and what businesses can do to avoid the same fate.

The Biggest Data Breach (most records)

How to Avoid Becoming a Target:

According to Anatoliy Okhotnikov, Head of Engineering for Softjourn, “in the world of IoT, our most sensitive data is now everywhere, and we have another channel to leak our personal information. Attackers will target consumer devices from your connected fridge to game console. And do not forget that everything is mobile today, so mobile security is one of the main areas to consider as well.”

According to John Farley, Cyber Risk Practice Leader for HUB International, “New York has traditionally led the way in regulating the financial services sector’” and with the new cybersecurity requirements that went into effect in March of this year, approximately 3,000 financial institutions, including banks, insurance companies, and other institutions will be required to:

It is likely that other states will follow suit.

Overall, Big Data provides numerous opportunities for businesses to grow and thrive, including the ability to increase cybersecurity protections. At the same time, this provides more opportunities for cybercriminals to identify and take advantage of vulnerabilities across systems. With Big Data comes big responsibility. As a company or institution using it, you have to be willing to accept the risks involved and ensure your company is doing everything possible to implement the highest level of security from your security protocols, network systems, and connected devices to hardware, software and applications.