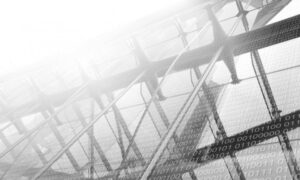 What happens when humankind makes a machine more intuitive and efficient than itself? A wake of anxiety ensues.

This phenomenon of technology overpowering humans is not a new social apprehension. The idea of man inventing a more powerful creation than himself can be traced back to the early 19th century novel Frankenstein, a Gothic masterpiece that reflected cultural anxieties of scientific experimentation. At the root of the anxiety surrounding new inventions is the fear that the creation will come to control the creator and potentially, as in the case of Frankenstein, be a deadly threat.

The innovation of automation has fueled the fear of machines stealing jobs. Machines that can auto-populate information throughout multiple documents within seconds make manual input of details obsolete. A small law firm might ask why pay four secretaries to re-key the same information into a multitude of documents when it can be automated by a single software system for a less expensive cost? Automation makes secretarial and administrative work redundant and even extraneous. There is no avoiding the fact that computers will displace support staff and automate their work. However, backend staff doesn’t need to worry about technology killing them off. Instead, technology can be a means for them to upgrade their skills and hold a more complex position.

If history can serve as our guide, advancements in technology can result in job creation. The Economist Special Report “Automation and Anxiety: Will Smarter Machines cause Mass Unemployment” states,

Yet in the past technology has always ended up creating more jobs than it destroys. That is because of the way automation works in practice, explains David Autor, an economist at the Massachusetts Institute of Technology. Automating a particular task, so that it can be done more quickly or cheaply, increase the demand for human workers to do the other tasks around it that have not been automated.

In the case of small law firms, secretarial staff that has been confined to re-entering the same client information into multiple forms can be alleviated from this monotonous task and undertake larger responsibilities. Upgrading backend staff is mutually beneficial to both the law firm as whole and its employees. The staff will no longer be drained from performing mind-numbing, tedious tasks. Instead, they will be re-energized with new challenging and exciting positions that hold more weight in the company’s success. When given the ability to take part in cutting-edge decisions the once backend staff will now take pride in both the company’s future and their own growing potential.

Likewise, the law firm will benefit by having their support staff focus heavily on new business development and marketing. In an on-demand, digital world, small law firms can no longer generate new leads solely through word-of-mouth. In-person meetings and encounters are now becoming a less frequent form of communication. With the proliferation of online communication, it has become pertinent that small law firms create online resources to attract new clients. The small law firm’s previous secretarial staff can now be tasked with the responsibility of marketing the law firm through digital platforms and creating online awareness.

Automation rather than be positioned as a threat should be viewed as a means to empower business to take on more work and strategically devote themselves to areas of newfound growth. Smart technology shouldn’t be seen as a competitor to an individual and his or her work. Instead, it should be used as a tool to complement the talents of humankind and allow them to expand their horizons.

LEAP’s, legal software has helped law firms increase productivity and efficiency. With an up-to-date collection of legal forms and automation software, law firms do not need to increase staff to improve their productivity. LEAP’s case management system comprises a comprehensive library of extensive forms in New York, New Jersey, and Massachusetts. With the document automation tools, law firms can access and automate even the most complex forms, such as the Closing Disclosure Form and Case Information Statement. Learn more about how law firms can accurately merge data into a document and save up to 7 hours per week per staff member with LEAP’s automated legal forms.

Caroline McCauley is a Creative Content Strategist at LEAP, legal software. She seeks to provide information on how legal case management software can help law firms in New York, New Jersey, and Massachusetts.