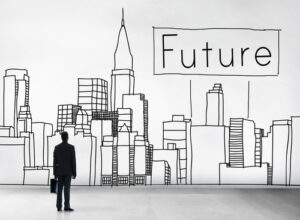 The Future Impact of Drone Technology

I spend a lot of time thinking about the impact of drones. Not the impact that occurs when you crash your drone. I have done that twice now, and frankly, it is painful and expensive. Every time your drone hits the ground awkwardly you run the risk of damaging part of the drone. What I meant by impact, is the market and growing business impact of Drones. From Pizza delivery, (Burrito delivery is real now) to Infrared Cameras, the market is evolving. If you notice, during natural disasters and other events, the major news networks globally use drones. That way they aren’t rolling a huge van filled with people and cameras into an area. They send a drone in to get footage instead. Are we long from Drones capable of being launched and operated inside a hurricane or other powerful storm? Today there are human beings in airplanes that do that. They fly into hurricanes to provide accurate readings of the storm. How long before that is a drone?

Weather and disaster footage is an important use of drones. One area that concerns, however, is one that I call the parental presence drone. Drones that allow you to be there without being there. Or more simply put, to be able to watch Johnny or Susie’s soccer game but at the same time finish that “report” in the office. For the more adamant parents, they may even sell one with a speaker that has been boosted to be louder. Can you imagine a children’s soccer game with a referee, two teams, a ball and 23 parental drones clustered around the two coaches?  All of this is stuff I have posted on various blogs here on CloudTweaks about Drones. But the future is much more than the quick hit commercial success coming from burrito delivery or packages dropped from the sky. It is more than Selfie drones and replacement parents shouting on the sidelines of a kids soccer game. Drones can replace humans in risky situations. We’ve already seen that in the past twenty years with the rise of bomb defusing robotics. Remotely operated vehicles that go where people are not able to go safely. With drones, the authorities can launch larger and more effective searches regardless of the terrain.

The drone market according to BI Intelligence could be as much as 26 billion dollars by 2021. That represents a growth of 31% per year over the next five years. A search recently on Google of top drone companies returned two reports on the top 80 companies in the drone space. Estimates place one million drones sold in the US in 2015. I do not think that drones, like IoT, will someday pass human beings in numbers (12.4 billion IoT devices in 2014 is 1.6 IoT Devices for every human on earth).  But the market is going to continue to expand and grow.