North Americans: “Yes” to Driverless Cars, “No” to Automation 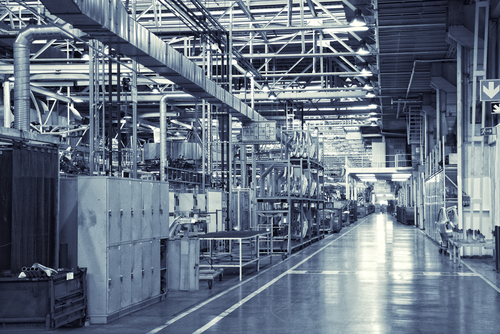 Americans have no worries about autonomous vehicles roaming their roads but most of them are deeply worried about automation of tasks across a growing number of industries. According to a research by the Pew Research Center, 72 percent of U.S. adults express concerns about a future where robots and smart devices replace humans in performing many current jobs. Americans also fear algorithms that evaluate job candidates and do not trust algorithmic hiring solutions. 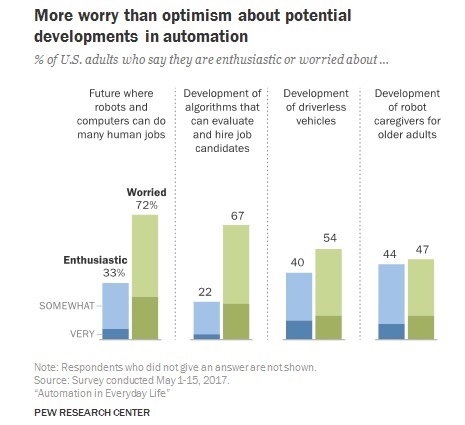 Fear Not Automation If You Have the Skills

The survey among 4,135 U.S. adults finds that 40 percent of Americans are enthusiastic about driverless cars while 44 percent support development of robotic caregivers for elders. Nevertheless, 75 percent of respondents believe that advancements in automation and robotisation will not result in creation of new jobs as suggested by many researchers.

With half of respondents having only some college or high school education, we can attribute the above results to lack of understanding what automation and robots really bring in terms of productiveness and cost efficiency. Furthermore, blue-collar workers tend to fear innovation because of their feeling they are not educated enough to find new jobs where advanced tech skills are required.

Sure, some jobs will be lost permanently due to automation and computers but well-educated personnel would find relatively easily new jobs where skills of an educated person are hard to replace by algorithms or programming code.

Other interesting, and highly controversial, results can be found in the figures about the support for certain Government policies toward automation. As strange as it may seem, Americans want more government in the field of automation and robots. Which speaks a lot about current sentiments concerning high-tech sectors that will shape the future of North America and the world, as we know it. 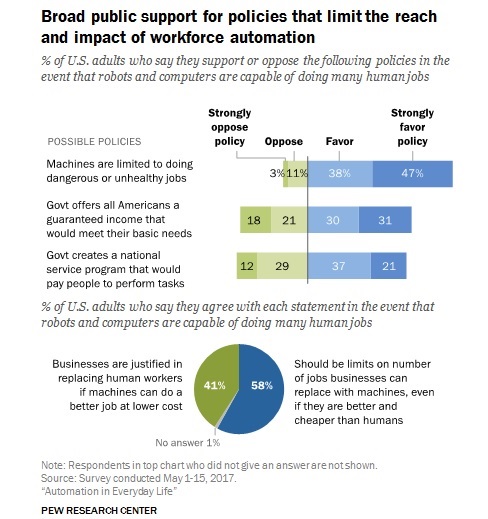 Some 58 percent of adult Americans would like to see their government create a national service program that would pay them for performing tasks that can be performed by computers or robots. Instead of looking for opportunities in other fields, Americans want their current occupations cemented and guaranteed by the government. This sentiment would cause many troubles in the next decades and even prevent local firms from competing on equal terms with peers that do not fear introducing automation where appropriate. There is a good reason for a company to adopt automation and robots: cost efficiency and increased productivity. Limiting machines to dangerous or unhealthy jobs will not solve the great problems with low labor productivity across many US industries, nor will it prevent other governments from encouraging both automation and creation of white-collar jobs.

The Case for Universal Income

About 61 percent of Americans favor introduction of universal minimum income, according to the survey. It should guarantee a minimum standard of living for all Americans in the face of an economy where computers and robots perform overwhelming number of tasks.

The idea of universal income is not new and some states such as Finland are already experimenting with it. For such a policy to work, however, you need to introduce counterbalancing measures that support innovation and creation of new businesses. Otherwise, you reach a moment when you have no sources of income to support such universal income. Even countries rich in natural resources will face the inevitable need for more active entrepreneurship when their respective natural resources are exhausted. 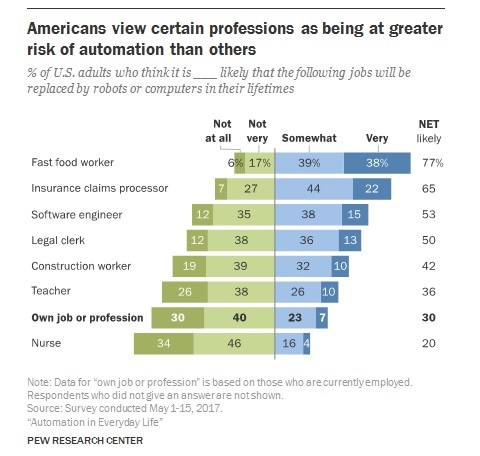 Look, professions such as the one of fast food workers are destined to disappear just as tamping bar machines replaced workers in laying railways. You cannot counterweigh for progress by paying compensation to unskilled workers. This way you only slow down progress that in turn causes even more troubles at a later stage.

A very interesting survey finding is that about 53 percent of Americans believe professions such as software engineer will disappear within the lifespan of a generation. Media should take some blame for the entire buzz around artificial intelligence, robots, and technologies such as deep learning. Most media and journalists, however, are well uneducated in these fields, which in turn creates unfair expectations in the average reader, viewer, or radio listener.

Automation, AI, and robotics still depend largely on human intervention. We are far away from creating viable self-reproducing robot or an almighty artificial intelligence. Americans must not fear automation but, like in the case of autonomous cars, embrace a future where knowledge-based skills, not muscles will be in higher demand.