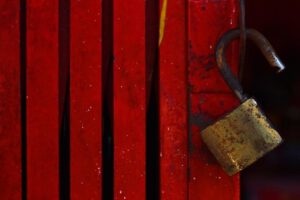 Are You Doing Enough To Protect Your Business From Ransomware? Probably Not

Protect Your Business From Ransomware

Ransomware is more advanced than ever. If you aren’t updating your security with that in mind, you’re in trouble. Here’s why. $6 million as ZDNet reports.

“”Researchers at Carbon Black monitored Dark web forums for offerings of ransomware and have estimated that the marketplace has grown to be worth ,237,248.90, representing a 2,502 percent increase in the sale of ransomware since 2016…”

That’s the size of the ransomware market on the dark web at the time of writing. This time last year, it was worth only $250,000. That’s a 2400% increase. And it’s really no surprise, if you stop and think about it. Criminals have long since realized that hacking into a business’s server to exfiltrate and sell data, that’s hard work. It’s both easier and more profitable to hold that data hostage and demand a payment. If even a small percentage of businesses acquiesce and pay the ransom, a criminal still makes bank. And the effort on their end is less than minimal.

It’s really no surprise, then, that we’ve seen so many global ransomware attacks this year. Nor is it any surprise that the prognosis for the future is incredibly grim. Ransomware attacks are only going to become more advanced. More targeted. More devastating. And ultimately more prevalent. With that in mind, if your business isn’t already stepping up its security in response, you aren’t doing enough. The next WannaCry or NotPetya isn’t going to wait for you to be ready. It’s going to strike when you least expect it – and probably when it’s least convenient for you, as well.

But what can you do to prepare?

Ransomware isn’t going away anytime soon. Business is booming for developers, and criminals everywhere have long since realized it’s the best way to make a cheap buck. Even smarter, more sophisticated hackers are likely to start using it as a smokescreen for more advanced attacks.

You need to get your security up to par immediately – because if you don’t, the next time a rampaging worm holds the world’s data for ransom, you might well be among its victims.

By Max Emelianov, CEO of HostForWeb