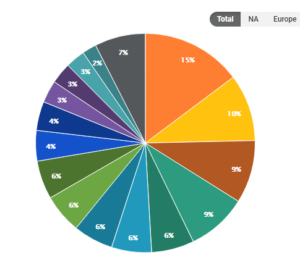 Spiceworks Survey: Tech Spending Expected to Rise as IT Budgets Stabilize in 2018

AUSTIN, Texas, Oct. 11, 2017 (GLOBE NEWSWIRE) — Today at SpiceWorld 2017, Spiceworks announced the results of its 2018 State of IT report, a study examining the technology budget and adoption trends of organizations in North America and Europe. According to the results, IT budgets in 2018 are expected to stabilize, and in many cases grow, as many organizations plan to hire more IT staff and increase their adoption of emerging technologies, such as artificial intelligence (AI), Internet of Things (IoT), and virtual reality (VR) solutions. The results also indicate budgets for cloud-based services are on the rise, and nearly tied with software spend, due to organizations’ needs to provide access to data anywhere across the globe. 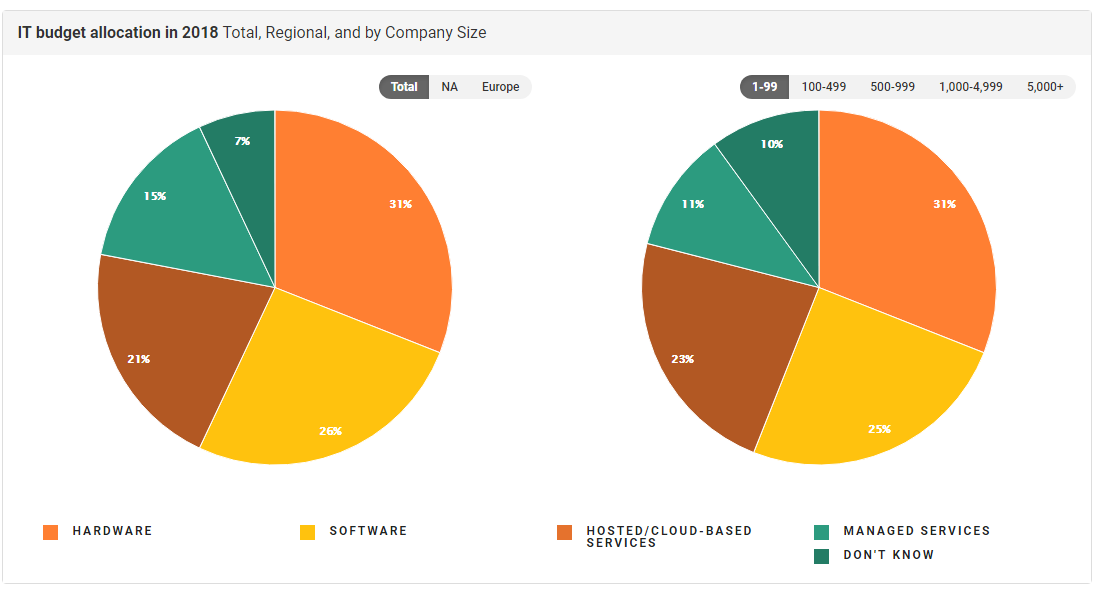 Adoption of emerging technology in the Workplace is on the rise

Among other notable trends, the results show 43 percent of organizations have adopted IT automation and another 22 percent plan to implement it next year. Additionally, in the wake of recent security breaches, 38 percent have adopted advanced security solutions, such as encryption, breach detection, and biometrics, while another 28 percent plan to adopt them in the next 12 months. 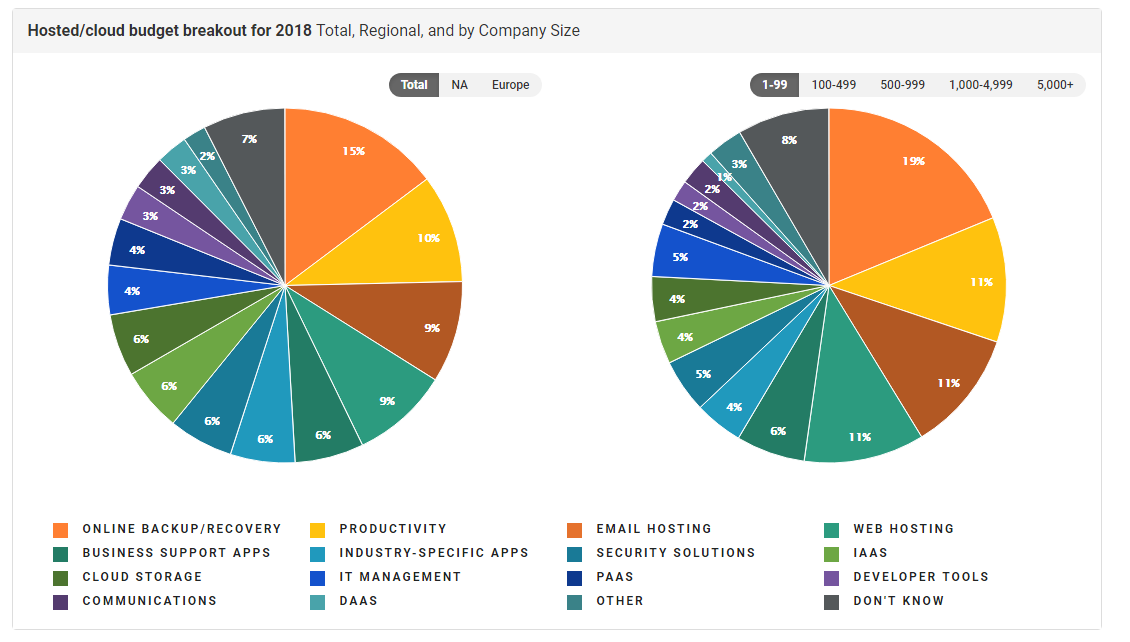 In fact, among hardware, software, cloud services, and managed services, the highest percentage of businesses (55 percent) reported an increase in cloud budgets, especially enterprises. Sixty-six percent of companies with 1,000 to 4,999 employees and 72 percent of those with more than 5,000 employees reported an increase in hosted/cloud budgets. In terms of what’s driving more companies to the cloud, the results show 42 percent are moving to the cloud to provide access to data anywhere, while 38 percent are looking to enhance their disaster recovery capabilities, and 37 percent want to enable better flexibility and scalability.

Budget highlights within each category include:

“Many businesses are feeling optimistic about the current state of the economy, and as a result, we can expect them to spend a bit more freely when it comes to their IT purchases in 2018,” said Peter Tsai, senior technology analyst at Spiceworks. “Not only are budgets expected to increase across hardware, software, and services, companies have indicated they’re also more willing to invest in emerging tech like IoT, AI, and VR. And with IT staffing levels on the rise, some organizations will be better equipped to evaluate promising tech and plan for the future.”

The survey was conducted by Spiceworks in July 2017 and included 1,003 respondents from North America and Europe. Respondents are among the millions of IT professionals in Spiceworks and represent a variety of company sizes including small-to-medium-sized businesses as well as enterprises. Respondents come from a variety of industries including manufacturing, healthcare, non-profits, education, government, and finance. For more information and a complete list of survey results, visit https://www.spiceworks.com/marketing/state-of-it/report/.

About Spiceworks Voice of IT

Spiceworks’ Voice of IT shares statistics, trends, and opinions collected from millions of IT professionals on the global technology issues that are important to them. For other Spiceworks Voice of IT reports and snapshots visit: https://www.spiceworks.com/research/.

Spiceworks is the professional network millions of IT professionals use to connect with one another and thousands of technology brands. The company simplifies how IT professionals in the $3 trillion IT industry discover, buy, and manage technology products and services each year. Headquartered in Austin, Texas, Spiceworks is backed by Adams Street Partners, Austin Ventures, Institutional Venture Partners (IVP), Goldman Sachs, Shasta Ventures, and Tenaya Capital. For more information, visit http://www.spiceworks.com.