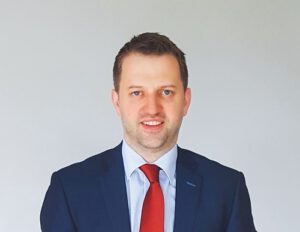 How Automation is Changing the Digital Revolution

While the exact moment it began is up for debate (opinions vary wildly on the matter, from the late 1940s to the early 1980s), the digital revolution continues to have a profound effect on our present-day society. And despite the fact that our world has already been greatly impacted, or in many cases completely transformed, by the rise of digital technology, now automation is changing the face of the digital revolution.

Most of us already have some idea of how automation is transforming, or will transform, our world. Automated checkout stations have become common at numerous retailers. Automated investing, aka the “robo advisor,” is having a profound impact on the financial industry. And as self-driving vehicles become more prevalent, they will have far-reaching implications for the millions of people who are currently employed as drivers. But aside from these high-profile examples, automation is also changing our world in much less noticeable, but equally important, ways. This is especially true for the cloud computing industry, where automation is having a profound effect on how businesses operate.

For example, important yet mundane tasks such as backing up data as part of a disaster recovery plan, or pausing servers that are not in use, can now be completely automated. In many cases, the processes have been simplified to the point where scripting is no longer required, which means almost anyone can schedule these, and similar, tasks. As such, IT and devops professionals no longer have to sweat the small stuff, and are free to focus on more important matters without worrying about anything falling through the cracks.

This is also true when it comes to expanding resources and monitoring a system. In the past, bringing a new server online required an IT professional to physically interact with equipment and manually configure it to meet the needed specifications. Now, thanks to automation, that same IT professional can spin up (or scale down) a nearly unlimited amount of pre-configured virtual servers with just a few clicks. The system will also automatically keep tabs on various metrics and alert users if a problem arises. The result is a relatively hands-off process that saves both time and money.

However, automation is also changing the way IT and DevOps professionals deal with larger, more important matters. For example, developers who use Amazon Web Services (AWS) to host an application are now able to completely automate the deployment process. Everything from load balancing to scalability is controlled behind the scenes, ensuring that the application is running smoothly and that large, unexpected traffic spikes won’t result in downtime. The process is also completely customizable, which means a user won’t be caught off guard by unexpected charges. The result of this automation is a highly efficient deployment process that meets the specific needs of businesses and allows IT/DevOps staffers to be more productive.

Another way in which automation is changing the world of Cloud Computing is the DevOps process itself, which relies heavily on automation to streamline software development. It favors the use of Continuous Integration (CI) or Continuous Delivery (CD), which is the frequent deployment of small-scale software updates. Various AWS programs allow users to automate deployments and run code without the need for manual server administration. This is a massive departure from the old model for deploying software updates, which favored the infrequent release of massive overhauls.

While high-profile examples such as Elon Musk’s self-driving Tesla’s continue to generate headlines, other, less conspicuous forms of automation like the examples mentioned above are already having a profound effect on the digital world. And the fact that much, if not all, of this automation is going unnoticed by the general public is a testament to its overwhelming success. After all, the entire point of automation is make a process easier while allowing users to focus on more important matters. As such, the only time someone should have to worry about an automated process is if it’s not working correctly. As the old saying goes, out of sight, out of mind.

David Gildea is CEO and founder of CloudRanger, the simple backup solution for Amazon Web Services (AWS). CloudRanger’s Server Management Platform offers users scheduling and backup policies to save time and money, while an overall view of the entire server system gives users the most control over their cloud, ultimately providing enhanced disaster recovery management.