Why does the concept of airspace matter in the drone world? 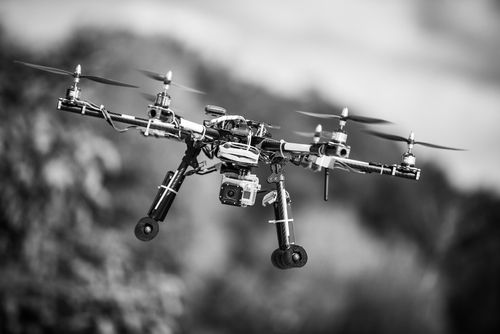 Recently I was invited to continue a discussion started last year. The conversation was a roundtable of now High School Seniors. All of them participate in the technology program of a Maryland School District. The originally planned conversation was a follow-up to a presentation I had made the year before. The goal was to have a roundtable discussion of careers in the technology field.
The conversation quickly wandered to drones. In my presentation last year, to the same group of kids, we talked about the capability and abilities of drones. A year later several of the students were now avid droners. I am not sure that becoming someone who flies drones makes you a droner so my apology if that is genuinely not a word. Nevertheless, our initial STEM-focused conversation on technology careers evolved into a discussion about should or should we not control drones in US Airspace.

The concept of controlling drones is one that has two distinct sides. The first team is the let’s not over-regulate drones. The second team is the more traditional view of anything flying in the air needs to be regulated. It was interesting when conversing with a group of high school seniors, all of whom had participated in the school’s technology project of building a drone. The few members of the roundtable who hadn’t participated in the drone project kept reasonably quiet during the conversation. The remainder of the students were split clearly into the two distinct sides drawn. As the conversation progressed I have to say for me, it was more informative to listen to the students than it was to interject myself. I documented the critical takeaways from the conversation and am sharing that now. The interview for me was interesting because the students hit the same points that I hear from professionals in IT, drone and the FAA.

Why drone regulation is not needed.

Why drone regulation is needed.

I will not tell you that the arguments as presented changed the minds of the other side. Both sides were dug in and remained so throughout the conversation. The conversation was civil and not loud. It was and is interesting however to consider what people perceive when it comes to regulating drones. At the very end of the conversation, I did bring up two issues for the students to consider. Both of those are issues that I have brought up here on CloudTweaks many times. The first being the reality of drones and privacy. If I fly my drone over my neighbor’s backyard should my neighbor have the right to remove those images from my doing? Imagine the impact of drones on celebrities. They have a house, with a pool hidden from public view. But a drone could fly over and capture images.

The second and last point I left the students with was the concept of airspace “ownership.” This one is easy when we consider specific things. Ownership of the airspace above an airport seems clear. Ownership of air over public events through reveals interesting questions. You wouldn’t want to pay for a concert only to have someone else attend that concert for free via drone.

We were unable to solve the world’s drone problems with the conversation. But we did come to the agreement that both sides have persuasive arguments.

As Data Creation Soars, Today’s Document Migrations Require More Diligence
Document Migrations Require More Diligence Data creation has risen dramatically in recent years and shows no signs of slowing. According to analyst firm IDC, widespread remote work led to a spike of new data in ...
We use cookies on our website to give you the most relevant experience by remembering your preferences and repeat visits. By clicking “Accept”, you consent to the use of ALL the cookies.
.
Cookie SettingsAccept
Manage consent