Hamilton is my favorite Broadway musical. The show follows the life of one of America’s founding fathers, Alexander Hamilton, who went from a destitute, illegitimate child in the British West Indies to become the mastermind behind the U.S. treasury system and of the powerful United States Economy. Hamilton was hard-working, charismatic, courageous and intelligent. Yet, many, including the man who shot him, thought Hamilton was a villain. Hamilton was an incredibly complex personality.

Artificial intelligence is seen by many as being either a hero or a villain, and just as complex as Hamilton. Artificial intelligence is currently driving nearly every CIO’s agenda because it intelligently automates work processes making it possible to do things that have never been done before. Many workers are scared of the rise of artificial intelligence as they believe it is rising from humble beginnings to become a villain that will steal their jobs away from them. Others see a significant benefit to making their work efforts more productive and easy.

The truth is that some jobs will be lost, but many more will be created. It is important to understand that fundamentally, artificial intelligence is not strong at creative, interpersonal or physical work. Artificial intelligence will be used for “decision support, not decision making.” As a result, it is more likely that the amount of work each worker will need to complete will be reduced and simplified rather than eliminated. Employees will feel more satisfaction in what they do because they focus less on the mundane and more on the strategic. Customer satisfaction will increase because customers will have more human interactions faster with people who know how to resolve issues they have. In addition, customers will have more convenience than ever before.

Reduce and simplify: “We get the job done”

One of my favorite lines that is repeated several times in the musical Hamilton is “we get the job done.” Artificial intelligence gets the job done. As workers, we want to use automation to get our jobs done. Doing so will free us up from the long hard hours of analyzing data to be able to have better work-life balance. Yes, some jobs may be eliminated – such as elevator operators for example – but more jobs will be created to focus on the things that machines can’t address.

Information technology, manufacturing, financial services and human resources will all see significant improvement and productivity gains because of artificial intelligence. These industries have many repetitive tasks that can be easily automated helping workers become more productive.

For example, artificial intelligence can streamline the onboarding process of a new employee. It can alert HR when background checks are completed, and aid them with the creation of benefits packages and employment contracts. It can help IT order and provision new equipment. It can help the employee complete and send W2 forms and direct deposit information to finance.

The Mundane: I have never been satisfied

In the song Satisfied from Hamilton, he is quoted as saying “There’s a million things I haven’t done. Just you wait, just you wait.” The reality is that artificial intelligence will actually free up workers from the more mundane parts of their jobs allowing them to work on things that are more fulfilling. Workers want to move to more meaningful roles. According to the Society of Human Resource Professionals, workers – and especially Millennials – want to “create outcomes within meaningful projects and may become impatient with mundane tasks.” Artificial intelligence can automate the more mundane tasks allowing for new jobs to be created that are more fulfilling, strategic and meaningful. Artificial intelligence can help workers be more productive and efficient at their jobs, while learning new skills. In addition, artificial intelligence can help workers become better organized, reducing stressors, improving productivity and overall job satisfaction.

Financial compliance is a great example of this. Until recently, the creation of expense reports and review of submitted expenses was a very manual, mundane process requiring hours and hours of review. In the cases of expense report review, only a sample of expense reports could be reviewed in order to hopefully identify some patterns of fraud in submissions. Now, not only can artificial intelligence generate the invoices, but it can sort through the hundreds of expense reports, invoices and other transactions identifying potential areas of fraud, waste and mistakes by employees, vendors and others for humans to further investigate saving their companies billions of dollars each year.

Customer Satisfaction: When you got skin in the game, you stay in the game

Customers are also more satisfied. In the musical, the founders negotiate behind closed doors in order to come to a compromise that they believe will make their constituents satisfied. The idea behind artificial intelligence is to create more satisfied customers. Because workers can focus more on the interpersonal and creative parts of their jobs rather than the more mundane, they will treat customers better. In customer support cases, this will be done by employing artificial intelligence to identify and provide a solution for the issue and utilizing a human who can react to nuances for interpersonal communications and to fully address. Customers will develop loyalty because their needs are met and issues are resolved quicker, more efficiently and with a personal touch.

Years ago, many companies implemented phone trees to help route support calls more efficiently. All of us have been frustrated to get to the end of the menu realizing that we must press “star” in order to go back to the previous menu in order to talk to the right person. While this is automated support, it didn’t employ a combination of people and artificial intelligence to do so. Rather than having to press the right button to move forward, imagine answering a few questions at the beginning of the call describing what the issue is or what you want to accomplish, and immediately being routed to the correct person (yes, person) who will help you or to the right menu telling you store hours. This will speed up support, improve loyalty and create better satisfaction for customers.

Convenience: Look around at how lucky we are to be alive right now!

Hamilton and his contemporaries sing about how lucky they are to be part of “history is happening” as the United States is being formed. One of the biggest benefits of artificial intelligence is the convenience to customers. Artificial intelligence allows nearly every aspect of business to occur faster – from identifying and fixing support issues so that workers don’t have to drive into the office on weekends to fix a server, to providing more accessibility to information, services and more.

As an example, there seem to be ATMs on nearly every corner in most major cities in the United States and more bank branch locations than ever before. In fact, bank teller jobs have not been eliminated because of the rise of ATM machines. Yes, there may be less tellers in general, but their jobs are more valuable to customers and their employers. When one walks into a branch at a bank, there are dozens of workers providing better value-added services with shorter lines helping customers to be more satisfied with the convenient service provided. More than likely the work these employees do have higher margins, helping them as employees make more money for both themselves and their local branches than the previous model when there were more tellers in far fewer, less convenient locations.

Conclusion: Not throwing away my shot

Again, some jobs may be impacted by the rise of artificial intelligence. However, many more jobs will be created and those jobs will be more fulfilling, productive and enable better customer relationships.

And, to use one of the most quoted lines from Hamilton, employees and workers will not be throwing away [their] shot by the rise of artificial intelligence. They will instead be empowered to “amaze and astonish” and make decisions with “a lot of brains… and… knowledge!” 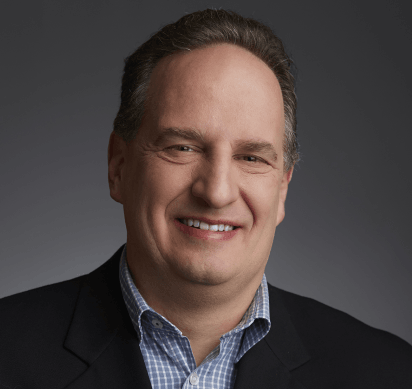 People are getting frustrated with online and video meetings. In fact, according to a recent survey, 85% say they are challenged with these types of ...

Blockchain as a Service (BaaS) Many global companies have already implemented Blockchain-as-a-Service (BaaS) into their cloud offerings. There isn't any question that offering BaaS can ...

Ransomware Prevention Tips (Updated: 09,24,2020) Ransomware can bring your business to its knees. Whether it comes as a system- or network-wide infection, it can do ...

System Vulnerabilities Are an Issue for Everyone

System Vulnerabilities Are an Issue for Everyone Over the past decade, we have seen a drastic increase in the number of companies relying on cloud ...

How to Optimize Your Office 365 Performance with Network Peering

Optimize Performance with Network Peering Microsoft Office 365 usage has grown significantly in recent years. More than 56 percent of organizations all around the world ...

Explainable Intelligence Artificial Intelligence (AI) is democratized in our everyday life. Tractica forecasts the global artificial intelligence software market revenues will grow from around 9.5 billion US ...