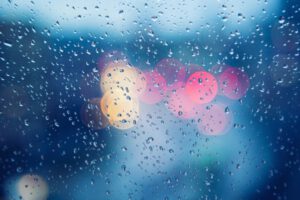 When Reality Sets In

If I sat down for a moment to classify myself as a technologist,  it wouldn’t be as someone frolicking in the field chasing Pokemon. I do not currently own, nor have I ever owned a Poké Ball. I didn’t rush to download the Pokemon Go game when it appeared. Pokemon Go represented a mass released AR application and was at the cutting edge of possible. As an technologist, I often seek the new and cutting edge, but I draw the line at chasing after Augmented Reality creatures with my phone. I did own a pet rock, but that was at another time in my life. I missed Pokemon Go craze, more on purpose than anything else. I’ll be honest I didn’t see the value in the technology the game shared. The use of GPS tagging was interesting. Wandering around places outdoors was interesting. Catching Pokemon was not interesting to me at all. I saw little to no value in AR based on Pokemon Go. VR was the future, I believed.

What I missed in dismissing AR was very subtle and makes me think now that I should have paid more attention. Not to chasing Pokemon around the Washington DC area. Nor in collecting Poké Balls to throw up into the air and catch a Pokemon. Instead, I should have seen past the game, to the potential of Augmented Reality.

Some new Augmented Reality solutions, as well as Virtual Reality solutions, have appeared in the marketplace since the Pokemon Go craze died down. It is in the application of, expansion and exploration of those new AR offerings that I suddenly realized something was there.

You’ve heard it before, the siren song of new technology. All of them are different, and all are the same. The market finds a place for the new technology, or the market moves to something else. I believe the quick win will be in the area of home appliance repair. Why would that be a quick win? As a vendor, I can license an AR application on various platforms. When you choose to embark on repairing your appliance, you can simply scan the QR code inside the appliance. The QR code would activate the AR application and download an instructional video of how to complete your repair. The AR application wouldn’t store anything locally, so if the video changed, it wouldn’t matter. Every time you scanned the QR code, you would get the new version of the video.

Another area of interest will be adding virtual AR docents in museums. That allows the human docents to spend more time with the groups of people wandering the museum. If you want to know the history of the Mona Lisa, you simply scan the QR code (that is outside of the guarded area) and listen to a docent explain the history to you. Combine GPS tagging, docents, and roadside historical markers, and you can bring those to life. Here the story of Daniel Boone, told by someone dressed and talking like Boone did.

Pokemon Go didn’t catch my attention, the AR applications released since then have, and frankly, they are intriguing. Can you imagine what an athletics hall-of-fame would be like with the actual HOF members talking to you? With headsets on you could wander the museum and interact with those great athletes from the past. Or perhaps a recreation of my favorite Disney World and Disney Land attractions the hall of presidents. Some of the presidents would have to be simulated there are no audio or video recordings of them. That would be a game I would love to play. Walk where George Washington walked. See the Philadelphia of Benjamin Franklyn.

Time for me to head out and see if I can find a Poké Ball big enough to capture a Ben Franklyn!