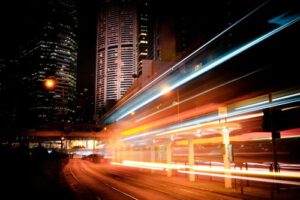 It’s common to read news stories and research about certain segments of cloud computing and how they’re growing.

However, an organization known as the International Data Corporation took an all-encompassing approach by looking at the “whole cloud.”

Below, we’ll look deeper at some of the most compelling findings in the resultant report.

One impressive statistic in the report relates to total worldwide revenue by the year 2021. The amount should more than double the numbers seen in 2016, which gives a clear picture of the robust success of the cloud computing industry at large. More specifically, though, 2021 revenues are predicted to reach a startling $554 billion.

Also, the report suggests providers of cloud services can look forward to excellent profitability. That’s because the International Data Corporation believes that by the year 2021, those companies will receive 76% of all spending on cloud-related infrastructure hardware and software.

This study from the International Data Corporation also confirms that the popularity of the public cloud will continue through 2021. There are numerous reasons why the public cloud has achieved market dominance.

Due to services like Gmail, people are already accustomed to public cloud computing, whether they realize it or not. On the organizational side of things, public clouds are typically quite scalable. Plus, they often operate with pay-as-you-go models, which make it easier for organizations to fit cloud computing into their budgets.

According to the International Data Corporation’s findings, public cloud services will account for 48% of all cloud-related expenditures by 2021, a figure that was 41% last year. The spending percentage becomes even more substantial when including the hardware necessary for proper public cloud functionality. It’ll total 68% in 2021, representing a three-percent growth compared to 2016 figures.

The International Data Corporation was also interested in determining the future of managed cloud services. Popular with businesses, these options let customers choose which IT functions to handle in-house, then let the service provider do the rest.

Last year, 31% of cloud spending was associated with managed services. Statistical forecasts in the report indicate that people will keep spending that amount through 2021.

Managed services could be the key to expansion that many businesses crave. Also, the tech sector is not the only segment that understands the potential of cloud computing.

Other industries, including ones that some people may not immediately associate with extremely high-tech practices, are also looking toward the cloud when planning for the years ahead.

A separate study called the KPMG Global Manufacturing Outlook discovered that in the manufacturing sector alone, 62% of manufacturers are focused on growth, which requires offering new services. Ramping up offerings is arguably much easier for companies that have the known benefits of managed providers that are ready to help their customers in personalized ways depending on needs.

Forward-thinking developers often recognize that cloud services drive innovation and know they must stay abreast of changes in the industry to retain marketability compared to peers. Cloud computing analysts say that there are several characteristics and abilities skilled developers should display.

The International Data Corporation also asserts that developer success will be dependent on a willingness to embrace the public cloud. Based on the statistics above that illustrate how substantially that sector of the market will likely grow over the next four years, that’s not surprising.

IT professionals discuss how the public cloud pushes the boundaries of innovation. A large amount of Machine Learning technology exists there, as well as capabilities related to the Internet of Things (IoT), identity-based security and more.

Some of this emerging technology does not even exist via On-Premises versions and solely resides in the cloud. For these reasons and others, developers must pay attention to the public cloud while pursuing career advancement.

Even though some people still feel reluctant to adopt it, the tech world is rapidly becoming more reliant on non-physical storage and applications.