Repeat After Me… Nobody Is Safe From Cyber Attacks

Nobody Is Safe From Cyber Attacks

The last couple of years have shown the world that seemingly nobody is safe from cyber attacks. The 2017 breach of Equifax was proof that now, even the common person should begin paying attention to cyber threats and take measures to protect their personal lifetime data. In fact, Gallup recently released a report showing that cybercrime tops Americans’ crime worries, with 67 percent of Americans worrying about hackers stealing personal information and 66 percent worrying about identity theft. For comparison, only 38 percent were concerned about having their car stolen or broken into, the third highest crime-fear on the list.

A separate survey, the SolarWinds MSP’s 2017 investigation into cybersecurity preparedness, showed that businesses don’t exactly agree with public perception — even if they should. The results of the report show that 87 percent of businesses are confident in their cybersecurity preparedness, even though 71 percent of them had at least one breach in the previous year. A false sense of security in the face of inadequate defense tends to make the perfect target, which may have explained the rise in ransomware infections in the last couple of years.

It would have been impossible to predict that businesses, hospitals, and the public alike would be hit so hard by Malware and other types of data breaches — but one man thinks that the knows where hackers are going to strike next.

Sgt. Mark Varnau of the San Diego County Sheriff’s office is also the law enforcement coordinator for the Computer and Technology Crime High-Tech Response Team, aka CATCH. In an article with San Diego Union Tribune, Varnau is warning that the cloud is where cyber criminals will strike next.

“Ransomware will attack the cloud,” he said. “They’re not there yet, but it is a matter of time.”

The Future of Cyber Security Will be Fought in the Cloud 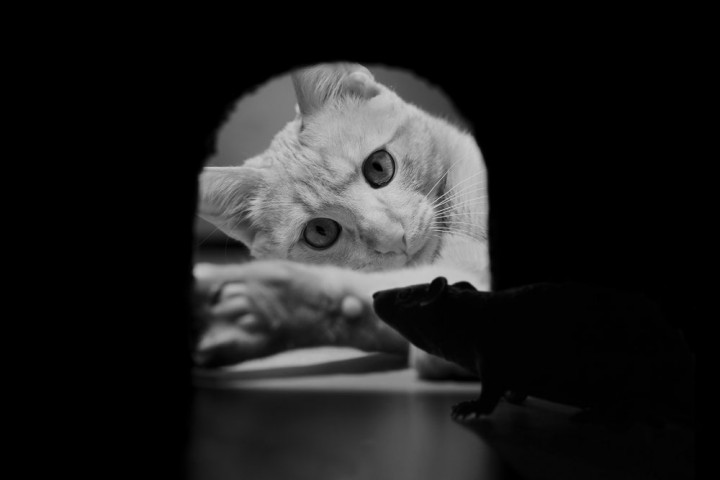 The Anti-Phishing Working Group’s H1 2017 Phishing Activity Trends Report noted a marked increase in phishing attacks against businesses in both the Logistics & Shipping and the Cloud Storage & File Hosting sectors. The perpetrators of these attacks are cyber gangs who are compromising the accounts both individuals and enterprises.

According to a release on Business Wire, “These free hosts are not only easy and cheap to use, but they also allow threat actors to create subdomains spoofing a targeted brand, resulting in a more legitimate-looking phishing site. Free hosts also afford phishers additional anonymity, because these services do not make registrant information easily available.”

It’s fitting that the FBI released a press release at the end of October 2017 titled “FBI Tech Tuesday—Building a Digital Defense Against Cloud Computing Dangers”. In it, they say of the cloud that the “system has its advantages… However, cloud computing also comes with its own set of risks. The two biggest concerns? Losing access to your data and someone else stealing your data.”

Malware, such as ransomware, alongside DDoS attacks are what will hit cloud providers and their clients first, akin to the Dyn DDoS attack in late 2016 rendered the internet useless for half a day. There are always going to be things out of your control. Nevertheless, the FBI suggests cloud users should begin by answering these questions in order to suss out and patch their weak spots:

Your Employees Are Putting You In Danger

Not only should your employees know what phishing emails are and how to steer clear of them, they should also know what other actions they commit may put your business in danger of breach. Wombat Security reports that human error is to blame for the majority of successful phishing attacks on companies, such as oversharing on social media or unsafe use of wi-fi.

Adding to employer’s woes is the skills gap that’s beginning to widen in the cybersecurity industry. Every year in the US, 40,000 jobs for information security go unfilled, threatening to manifest into a global shortage of 2 million by 2019. This puts additional importance on business training programs for both cloud Service Providers and their clients to make sure current employees are as educated as they can at mitigating cyber risks.

With all of this in mind, it’s clear that organizations both using and providing cloud services need to take precautions to protect themselves the best they can against cyberthreats. However, with the right questions, the right training programs, and the right talent, businesses big and small will mitigate substantial risks, allowing them to face cyberthreats in the cloud with confidence.

Andrew Heikkila is a writer, artist, and business owner from the Pacific Northwest. Because technology has become the cornerstone of modern human existence, Andy finds himself writing about it often, usually in relation to the IoT, cybersecurity, the blockchain, or just good ol’ business integration.

Andy’s writing contributions can also be seen on TechCrunch, Business 2 Community and Datafloq.

Is data security still an afterthought for many businesses?

IoT and cloud computing are on the increase High-profile cybersecurity breaches are increasingly in the news, a prime example being the NHS incident of May 2017 when services were brought to a standstill for several ...

Achieving Data Security Compliance As individuals, we go through life sharing information about ourselves in every aspect of our daily existence. From credit checks for securing a loan, through to entire personal and family medical ...

Are We Building The Matrix?…

When sci-fi films like Tom Cruise’s Oblivion depict humans living in the clouds, we imagine that humanity might one day leave our primitive dwellings attached to the ground and ascend to floating castles in the ...