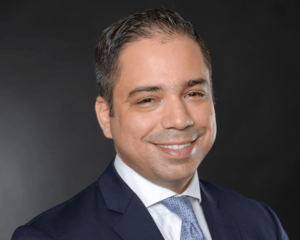 OpenStack has witnessed huge rates of adoption over the past years and become the de facto standard for many cloud-native deployments. With more and more hosting providers (including smaller and regional players) adding OpenStack-based services to their portfolio, private cloud revenues will surpass revenue from hosting providers with OpenStack-based public cloud deployments in 2018, sooner than previously projected, according to a new publication from 451 Research.

From a geographical perspective, deployments across Asia-Pacific are now growing more rapidly than other regions in the world. Among the contributing factors is the Chinese government’s Ministry of Industry and Information Technology promotion of OpenStack but also dominant regional market leaders such as Alibaba, Baidu or Huawei boosting their OpenStack-related activities.

According to the latest study, released on the first day of OpenStack Summit 2017, forecasts OpenStack revenues are poised to reach $6.73 billion by 2021, equaling an impressive compound annual growth rate (CAGR) of 30 percent since 2016. Although the market is significantly growing in absolute terms, the relative growth has slightly slowed down compared to 35 percent CAGR from 2015-2020, as previously projected.

“OpenStack has solidified its position as the leading open source option for building private and public cloud environments but it is no longer the shiny new toy in the industry–that torch has been passed to containers and microservices. And while there is no clear answer yet about OpenStack coexistence with Containers, it’s worth noting that containers and container management are nascent markets in terms of production use cases,” said Al Sadowski, Research Vice President at 451 Research.

The main business drivers for OpenStack adoption continue to highlight its competitive advantages, including accelerating the organization’s ability to innovate and avoiding vendor-lock in. OpenStack is also taking advantage of the increase in hybrid cloud deployments with 451 Research’s Voice of the Enterprise: Storage Survey revealing that 61 percent of the organizations surveyed now opt for hybrid cloud scenarios.

OpenStack’s advance is underpinned by rapid development of new clouds, with 44 percent more deployments reported in the OpenStack User Survey April 2017. The average age of a deployment is less than 1.7 years. Some 37 percent of clouds have 1,000 or more cores, up from 29 percent previous year, and 16 percent of clouds are running more than one petabyte of object storage, a four-fold increase compared to a mere 4 percent in 2016. On average, a deployment comprises nine OpenStack services, with 16 percent operating 12 or more. Keytsone (Identity Service), Nova (Compute), and Glance (Image Management) are among the most frequently deployed services. While OpenStack is virtually used by organizations across all sizes, verticals and regions, the top industries dominating the survey represent Information Technology and Telecommunications with 56 percent and 16 percent respectively. Of all respondents, one-third (32 percent) have 10,000 employees or more, while 25 percent have fewer than 100 employees, spanning 476 cities and some 78 countries.

Once primarily used for testing, development and proof-of-concept workloads, organizations are increasingly running business critical services on OpenStack. While certain industry sectors and geographies are still hesitant about solely utilizing hyperscalers, this also present a major growth opportunity for OpenStack. Over the past two years, the community has already made progress addressing and ironing out the various challenges related to installing and upgrading an OpenStack environment, resulting in an increase of production deployments. This trend is going to continue throughout 2018 as OpenStack becomes more shrink-wrapped and gains further maturity.

While containers are eclipsing OpenStack in terms of mindshare, 451 Research’s OpenStack Pulse finds that very few OpenStack users are discontinuing OpenStack. In fact, some of the most advanced and innovative OpenStack installations are benefiting from the use of container technology such as Docker and Kubernetes, for example. The Pulse findings also highlight that the OpenStack market is basically condensing to around a handful of the top providers, quite similar to Linux. The obvious parallels between OpenStack and Linux aren’t a new observation but the comparison is even more true today as the top Linux vendors, including Canonical, SUSE and Red Hat, are also major contributors to the OpenStack community.

Marc Wilczek is an Entrepreneur and Business Leader with more than 20 years of experience across the ICT industry. He’s passionate about all things #digital, with emphasis on Cloud, Big Data and IoT services.

He is an Alfred P. Sloan Fellow and holds master’s degrees from FOM Graduate School for Economics and Management in Frankfurt and London Business School.