Infographic Blogs for 2019 2019 was a year full of outstanding customer engagements and provocative teaching experiences across numerous universities.  My

9 Cybersecurity Predictions for Europe, the Middle East and Africa in 2020

It’s time to step back, reflect on the year so far and make New Year’s resolutions. We’ve taken a moment

As the amount of data in the world is rapidly increasing, so is the time required for machines to process it. Augmented Reality, Virtual Reality, Artificial Intelligence, Robotics, Real-Time Analytics, and Machine Learning algorithms are needing the cloud to be infinitely faster as well as to require unlimited computing power and an endless amount of storage. Interestingly, this is happening on heels of the slow down of  Moore’s law. Chip maker Intel has signaled a slowing of Moore’s Law, a technological phenomenon that has played a role in almost every significant advancement in engineering and technology for decades. We are no longer able to cram transistors in the circuits at the velocity we have been doing.

By 2025, the needs for traditional compute functionality in the cloud will be so large that it can never be built. Quantum computing’s arrival promises to revolutionize the cloud. What quantum computing provides is massively parallel processing, atomic-level storage, and security using the laws of physics rather than external cryptographic methods. If you have not begun looking at it, the time is now. The cloud will soon be powered by quantum computing, and software will be written in another way.

Although work has been in progress for over five decades, the last five years have seen strides in this space, 2017 can indeed be called the year of quantum computing. 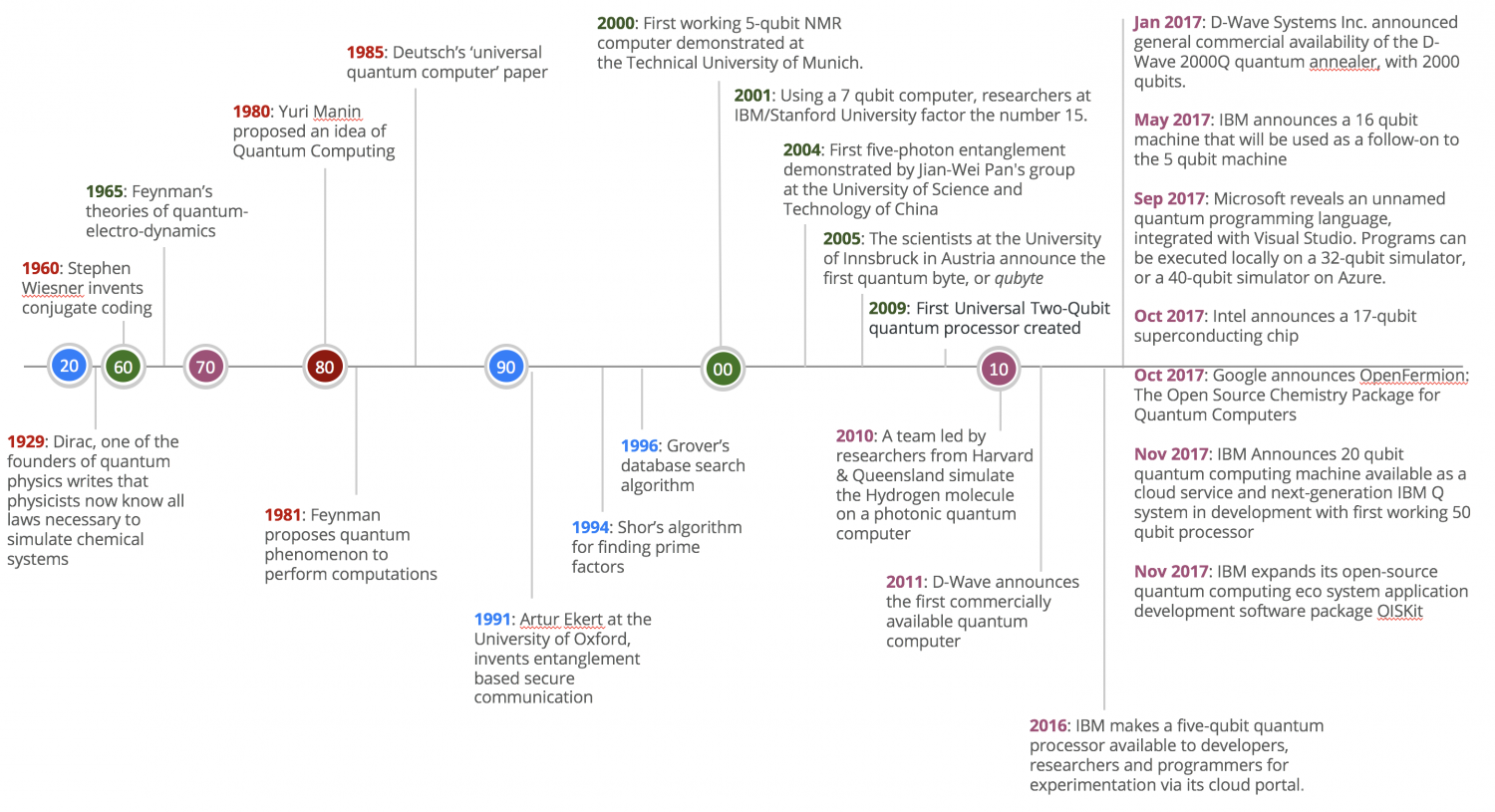 IBM, Microsoft, Google, Intel, D-Wave have made tremendous advances this year. It is now here to push the bounds of computer performance further forward.

What is Quantum Computing? 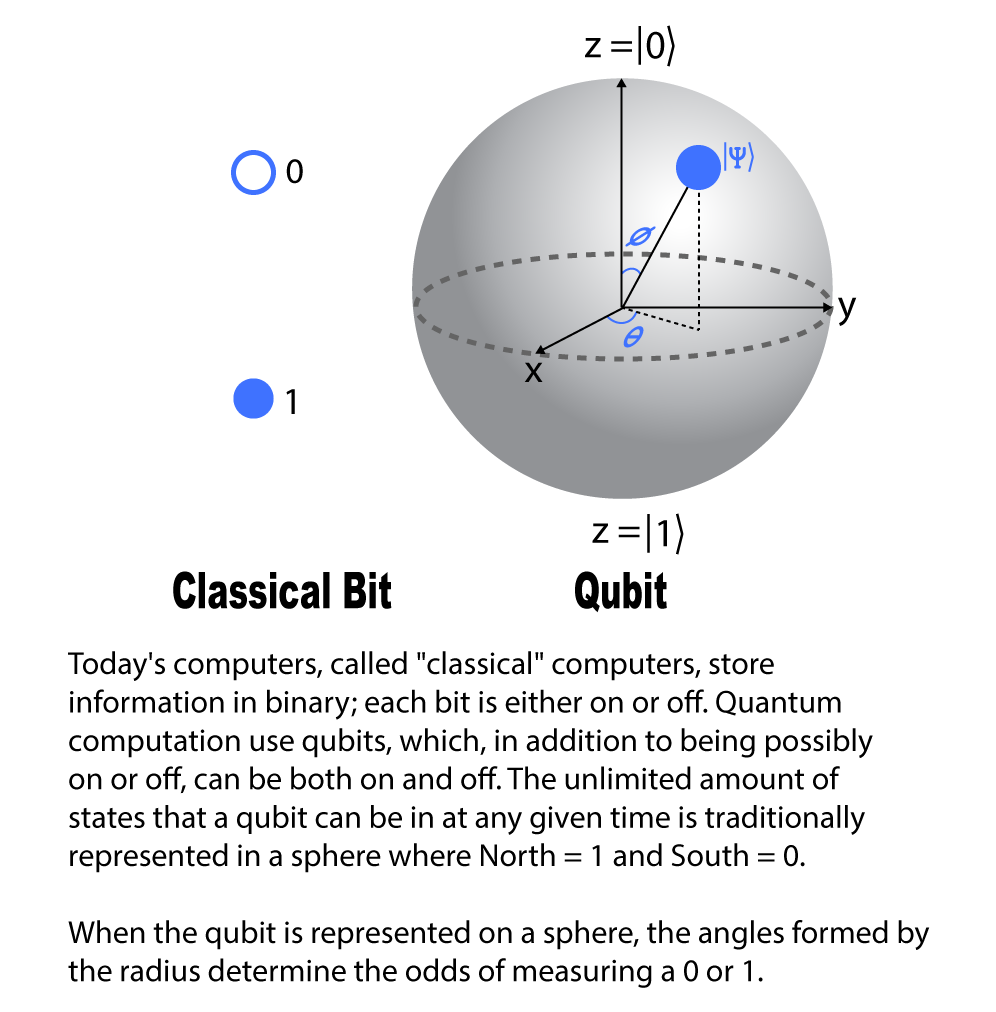 Quantum computing is about making use of quantum states of subatomic particles to perform memory and processing tasks. Classical computers switch transistors encode information as bits which represent either a ONE or a ZERO. In contrast, quantum computers use the fundamental building blocks of atoms (such as electrons, protons, and photons) themselves. These subatomic particles spin, so if the spin is in one direction — up, for example — that could be the equivalent of the ONE in a conventional computer, while a particle with a down spin could be a ZERO. 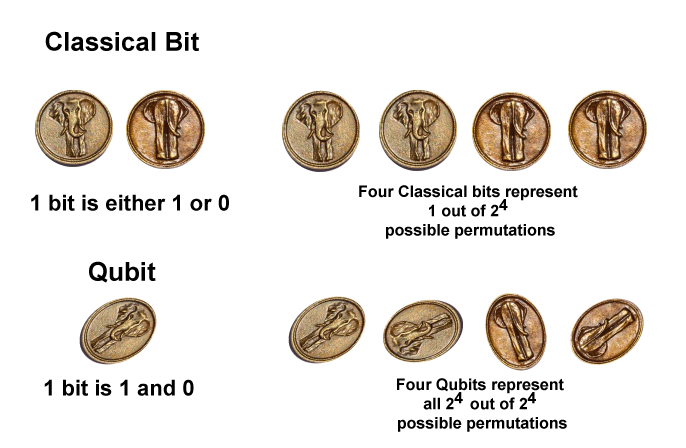 As per the laws of quantum physics, it may not be clear whether a particle has an up or a down spin. Or, perhaps something in between. These subatomic particles possess all of those properties all at the same time. This is called superposition. ONE qubit (a new term to refer to a quantum bit unlike classical bit) can exist simultaneously as a ZERO or a ONE. Two qubits can exist simultaneously as the four possible two-bit numbers (00, 01, 10, and 11). These superpositions allow qubits to perform multiple calculations at once rather than in sequence like a traditional machine. For example, you can compute four calculations with two qubits.

What quantum computing gives you is massively parallel processing! An understandable example is Grover Search Algorithm. Think about a game where an prize is hidden behind one of four doors and you have to find the prize while opening as few doors as possible. A traditional computer will need to do, on average, a little over two operations to find the prize as it has to open each door in succession. The quantum computer, however, can locate the prize with one action because it can open all four doors at once! You can perform eight calculations with the three qubits. The number of such computations double for each additional qubit, leading to an exponential speed-up. A quantum computer comprised of 500 qubits would have a potential to do 2^500 calculations (much larger than the Shannon Number) in one operation.

Top five things you should know about it 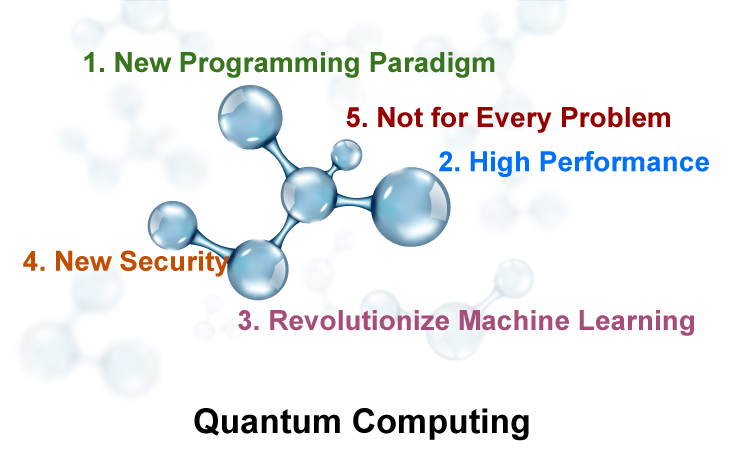 Have you written your first quantum program yet? In the next few articles, I will go over how how to program using Quantum computing, how to determine which problems are best to be addressed between Quantum computing vs. Classical computing, how it impacts Machine Learning, and how you will develop killer apps such as self-driving car coordination as well as the challenges/solutions in the world where cryptography and quantum computing intersect. Quantum computing revolutionizes the way we approach computer science and logic. A lot of algorithms will need to be redesigned/rewritten using quantum computing paradigms – looking forward to it!

Bimodal IT Is Not The Death of Traditional IT

Not The Death of Traditional IT If you are a CIO, no doubt you are getting pressure from your line

Big Pivot Podcast: How To Become A More Effective CIO

Become A More Effective CIO The Big Pivot podcast, put together by IDG and Informatica, looks at how CIOs are

Hyperconverged Infrastructure In this article, we’ll explore three challenges that are associated with network deployment in a hyperconverged private cloud environment, 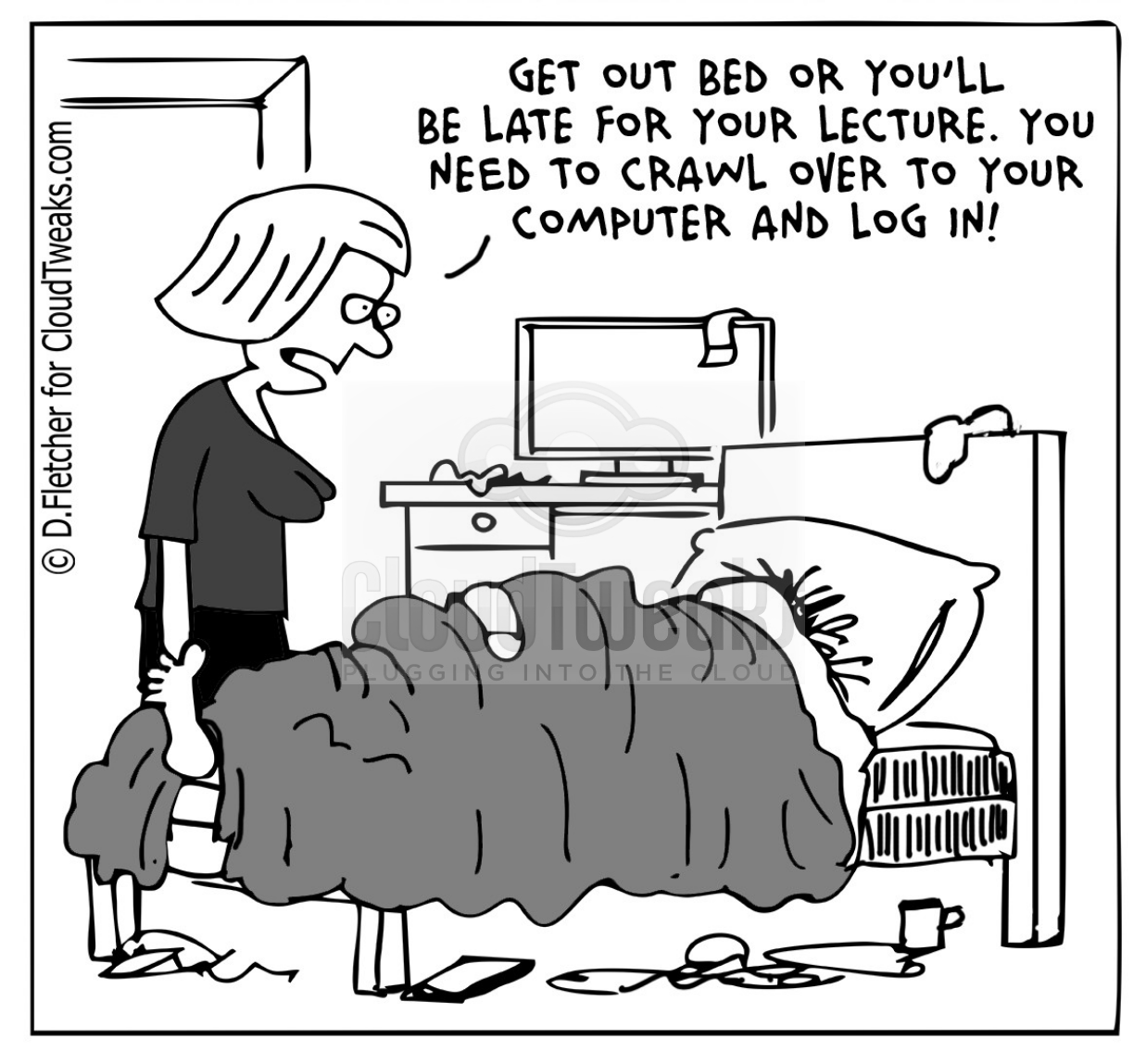