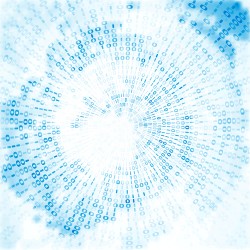 Recently, cryptocurrencies “crashed,” particularly Bitcoin, which spiraled from a high of $19,783 to a current price of $11212.00 (01/25/2018). There are two prevailing sentiments regarding the crash of Bitcoin and other cryptocurrencies: Alarm and a kind of I-told-you-so schadenfreude.

You can find the latter on Reddit, of course, where a frustrated user expresses his annoyance over the I-told-you-so comments coming from people at the office. In a more professional environment, a site like The Conversation, whose authors are professors and lecturers, proclaims the Bitcoin bubble will burst and argues that the new status of Bitcoin on the futures market could contribute to the crash. They’re not publishing I-told-you-so follow-ups yet, but no doubt the authors are having off-the-record conversations to that effect.

Investors are alarmed and analysts are citing the void of regulations as a preface to a full-blown financial crisis. One such analyst is Iwa Salami, Senior Lecturer in Financial Law and Regulation at University of East London. She says:

“Importantly, cryptocurrencies would not need to be classed as money for them to be able to trigger a financial crisis. They simply need to be treated or traded as financial securities and/or commodities, and for enough systemically important financial institutions to hold and trade them when a downturn occurs – as was the case in the 2008 financial crisis.”

Surprise, surprise—cryptocurrencies are being treated as commodities now that you can trade them on the futures exchange, which, for all intents and purposes, is “a central marketplace with established rules and regulations where buyers and sellers meet to trade futures and options on futures contracts.”

The futures exchange is a strange place for an unregulated, decentralized currency to be. It’s like pairing oil with water.

To be fair, it’s writers like me who may be partially responsible for this development. We’ve been building up blockchain. About a year ago, I wrote about how blockchain could decentralize SaaS. I touted blockchain as a “cure-all, in some respects, for the security ills associated with the centralization of data.” I still believe that’s true to an extent. It’s easy to see where this logic leads Bitcoin. If blockchain is a secure platform with which to trade cryptocurrencies, then Bitcoin, the mother of all cryptocurrencies, would seem secure as a commodity. It does have value, no matter how contested that value is, and tax law states that Bitcoin and other cryptocurrencies count as property.

Yet there’s the issue that Bitcoin’s value depends on a social contract the likes of which we’ve never seen before. The contract hinges on miners and investors continuing to make transactions with Bitcoin. With other commodities, the more fungible they are, the more value they fetch for a futures contract. Not so with Bitcoin. If holders trade it in for cash instead of buying something with it, Bitcoin goes down in value. Bitcoin futures contracts are cash-settled. So, it could have been the case that hedgers bought Bitcoin as a hedge against Bitcoin futures, driving the value of Bitcoin up, then sold their Bitcoin, which drove its value down. This made the futures contracts a winning bet worth more than the value of Bitcoin, because those contracts were purchased when Bitcoin was trading at upwards of $15,000. When the Bitcoin futures matured, Business Insider reports they were priced at $10,000. Bitcoin hedgers made money on both contracts and cryptocurrency.

Thus, putting Bitcoin on the futures market creates a market for manipulation. There are no regulations stopping hedgers from anonymously buying up a ton of Bitcoin on a platform like Bitfinex, thereby inflating its value, buying futures contracts on it, then dumping it so as to render their contracts a winning bet. For Bitcoin to be a currency on the futures market, it needs to be regulated first—meaning people wouldn’t be able to trade it anonymously and engage in practices like spoofing. Spoofing, according to the Dodd-Frank Act, is “Bidding or offering with the intent to cancel the bid or offer before execution”

I would argue that blockchain has huge promise for secure data exchange and storage, because it happens on a public ledger. But when that data represents a currency that can be anonymously manipulated, you run into trouble when there are no regulations. At its core, blockchain is an unstoppable technology, because it’s a social transaction that takes place out in the open and is irreversible. The more acceptance and regulation blockchain sees, the closer cryptocurrencies will get to being a solid commodity on the futures exchange.