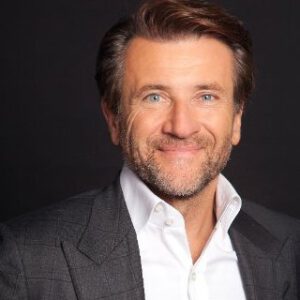 The Canadian Cloud Council (www.canadiancloudcouncil.com) is pleased to announce their eighth major enterprise technology conference on May 14 and 15 at the Rimrock Resort in Banff, Alberta.

“We are in the early stages of a new economic system that fundamentally thrives on the sharing and open distribution of physical, intellectual and artistic resources.  The proliferation of closed and privately held intellectual property no longer provides the greatest value to any conceivable group of stakeholders. Political and economic power is rapidly shifting from century old centralized entities to more agile, adaptable and distributed socio-economic frameworks.  And, yet these innovative frameworks are rapidly acquired by the same century old entities and further entrenched in oligarchic incumbencies. Will the utopia of democratized technologies drive equality, accessibility and opportunity or will it merely be the case of one ruling class replacing another precisely as George Orwell once predicted?” challenged Robert Brennan Hart, Founder and CEO of The Canadian Cloud Council and Creator of Control.

“Control” promises to be a thought provoking and revolutionary event that dares to ask whether technology is advancing or destroying the human race,” challenged Robert Herjavec, CEO of Herjavec Group.  “I look forward to participating in such a critical initiative and helping ensure that Canadians harness our incredible potential in the areas of policy influence, technological exportation and cloud computing.”

“As the Internet has become a ubiquitous life form, the term cloud computing has become not only redundant, but also irrelevant. In this day and age, there simply is no other type of computing. The new order of information technology and the promise of economic decentralization must prevail if humanity has any hope of evolving into a more equal and accessible state,” commented Joshua Mckenty, Cofounder of OpenStack and Piston Cloud.

Control will challenge the purpose of technology and business in the modern enterprise and promises raw, thought provoking and unfiltered discussion at every turn.  “This is quite simply one of the most compelling and anticipated technology events in the history of Canada,” promises Josh Crumb, Cofounder of GoldMoney and BitGold.

ABOUT THE CANADIAN CLOUD COUNCIL

While defining innovative and repeatable methods of enterprise cloud transformation, the Canadian Cloud Council accelerates the speed of Canadian cloud adoption and positions our country as a global leader in the field. Our agenda is supported by a national network of cloud providers and enterprise users and is the preeminent source for Canadian cloud best practices and subject matter expertise.

The Canadian Cloud Council acts on behalf of and is supported by its members. To get involved and support the activities of the council, become a member today. Visit www.candiancloudcouncil.com