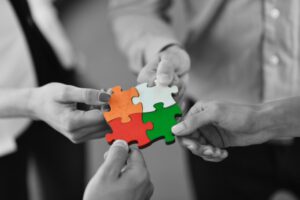 The benefits of remote work and cloud collaboration make it hard for businesses and employees to pass up. For the business, it’s a perk that can draw prospects. Plus, businesses with remote teams can save a lot of money. For remote workers, it means flexibility, comfort, and no commute.

Virtual teams can save businesses about $11K in operating expenses per person each year by lowering the cost of utilities, furniture, and office space. Employees save anywhere from $2,000 to $7,000 on vehicle-related expenses. The big number that seems hard to believe is $700 billion: altogether, American companies can save around $700 billion annually from the overall benefits of letting employees work from home half of the time or full time. If you think about how many employees some enterprises have, $700 billion makes sense. Employees are sold on the idea. Since 2005, the number of remote workers has grown by 103 percent.

Interestingly, people who work from home report 25 percent lower stress levels than office workers, yet on average telecommuters are 53 percent more likely to work more than 40 hours in the week. Intuit notes that Generation Y (millennials) is particularly attracted to remote work, which should be a primary consideration for HR when setting up benefits for these employees.

But it may not be wise for millennials and other workers to telecommute consistently, especially when millennials are still trying to climb the ladder. A study found that, while remote workers are 13 percent more productive than office workers, they are half as likely to earn a promotion.

Shouldn’t advanced productivity lead to advancement in the company? Apparently not — face-to-face interaction and all the unmeasurable rapport that comes with it still wins the day. You can smile with an emoji when your boss says something via Slack, but when it comes to developing a rewarding relationship with your boss, nothing beats a real smile. This is of definite concern to those who are disabled and can’t go into the office — about 7.1 percent of the disabled population works from home.

This is where virtual reality (VR) could enter the building. In a big way, the cloud is already enabling remote workers to communicate with each other and management. Dropbox and Google Drive facilitate file sharing, while GoToMeeting and WebEx are cloud-based apps for — you guessed it — online meetings. As far as the social aspect goes, Yammer and Slack are two of the bigger names. There are plenty more, but so far there is no big VR solution for the employee who wants to be in the office but can’t. How many disabled employees have missed out on a promotion or a raise simply because they’re not physically present?

There are a couple of promising possibilities for remote worker VR. The cutely named DORA (Dexterous Observational Roving Automaton) could allow workers to achieve robotic “telepresence.” The user straps on an Oculus Rift VR headset, and the robot reacts to the user’s movements. With access to internet, the user can control the robot from anywhere, and the robot provides real-time visual and audio feedback to the user. But the “real-time” visual feedback still has lag time, which can lead to motion sickness, and DORA presents the uncomfortable prospect of being represented physically by a robot. Robotic telepresence is still really expensive, which eliminates cost-effectiveness as a primary benefit of remote work.

Facebook Spaces puts everyone on equal playing field, and may be a more viable solution for virtual work. Still in its beta version, the app lets users create a cartoon avatar based on their real appearance. Then, users can meet in a VR environment via Facebook Live.

Users can also explore real environments with a 360 degree view. Although Facebook isn’t billing this as a work app yet — it doesn’t look like there’s a way to meet with more than one person at a time — the idea could easily transfer over to the world of work.

Appearance is important at work. Could the cloud and virtual reality apps help those who literally cannot appear in the Workplace due to injury or disability? Or in the future will there be life-like robots inhabited by a virtual employee, like DORA? Whatever the case, the VR groundwork is here. There may never be a replacement for true physical presence, but if remote work is here to stay, VR looks like it will be the best option for putting telecommuters on an equal playing field with their office counterparts.