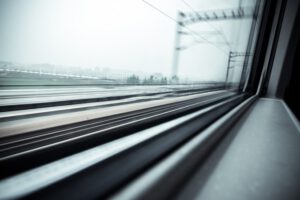 There are few buzzwords in the networking world as current as ‘SD WAN’ – and depending what you read, the technology promises to solve all manner of WAN issues; from replacing your MPLS infrastructure to guaranteeing QoS.

While SD WAN genuinely does promise plenty – there’s a substantial amount of noise to be cut through before you get to some reliable truth.

What is SD WAN?

SD WAN, or rather, software-defined networking in a wide area network, essentially separates networking hardware from its controlling mechanism, allowing WAN devices to be managed centrally.

Overlay tunnels are then created on top of current available network links, allowing MPLS, broadband or cellular connections to be used in a way the maximises bandwidth and potentially reduces dependency on any one transport method.

So, with that quick overview you can probably understand why people are thinking about waving goodbye to a lot of their MPLS infrastructure and the big money that’s associated – and that’s a perfect place to start looking at those myths…

“SD WAN is the replacement for MPLS”

The idea that SD WAN means the end of MPLS is commonly voiced opinion, though not one that stands up to a great deal of scrutiny with technology as it currently stands.

Certainly, SD WAN is going to make it much easier to use alternatives when it comes to your lower priority traffic – but killing MPLS altogether might be too large a leap at this stage, no matter how much you and your IT budget might wish that were true.

The issue really lays around internet speed, or rather, speed that can be obtained at price which makes it feasible to change. MPLS performance might not be a huge issue for you if you’re primarily running cloud-based applications – but when you need real-time information to keep your end-users happy, then it’s likely that internet performance isn’t going to quite cut it – for now.

SD WAN overlays network infrastructure – and clearly, MPLS is an underlay. SD WAN cannot therefore ‘replace’ MPLS, although it could reduce your reliance. Are we going to be waving goodbye to MPLS in the not-to-distant future as a result of SD WAN? No, we’re not.

“SD WAN will let us have sites up and running instantly”

The crucial detail we touched upon in whether or not SD WAN will replace MPLS is likely to need repeating to anyone who thinks SD WAN will allow their company to provision new sites in a heartbeat:

SD WAN overlays a network underlay; without that underlay, you have nothing to control.

Hence, getting a site online still moves at the speed of the slowest moving element, normally your fibre or Ethernet first mile (EFM) circuit – and they can be slow moving; delivery times are currently measured in months or weeks respectively. Of course, 4G WAN is also an underlay and a good provider can have you connected in a matter of days – but that’s only partly because of the of the genie in the SD WAN lamp.

So, what about those SD WAN providers who cite long MPLS delivery times before claiming their SD WAN CPE customers can provision new sites on the same day? Well, bending the truth helps a little here, sure, MPLS takes time – but it’s hardly comparing like for like when if you’re factoring in an existing internet connection.

In reality, SD WAN isn’t the only option for delivering a quick connection with these prevailing circumstances – an IP Sec tunnel and a secure VPN service would see you up and running very quickly too, so beware providers who present SD WAN as a new, magical solution…

“SD WAN is simpler to manage”

This ‘myth’ may well turn out to be true – but it really does depend on you and your current level of in-house or managed service provider (MSP) experience. Let’s suppose there’s an issue on one of your sites:

You’re using an MSP who provides consultants and support at the end of the phone 24/7, along with professional installation services.

You’ve kept installation in house, bought a wires-only connectivity service then bought, configured and managed the routers yourself.

If you’re firmly in the scenario 2 camp then yes, you’re going to see a huge increase in simplicity, especially if the issue occurs at 3am local time and you’ve got international sites. On the other hand, scenario 1 is likely to see the problem resolved before you’ve got out of bed. So, is SD WAN simpler to manage? The answer depends on how simply your WAN is currently managed…

Quality of Service (QoS) claims that highlight SD WAN as head and shoulders above the competition almost certainly require further inspection – and are almost always a non-SD WAN specific benefit being dressed up in SD WAN marketing.

You may have seen claims that SD WAN solutions can measure packet loss, jitter and latency – before adjusting settings to compensate for these issues – a claim that is only partly true.

SD WAN can certainly detect these issues and may well be able to compensate for packet loss, but the solution is simply around how an SD WAN would switch traffic to another path showing better current performance. Once again, we’re returned to the fact that SD WAN operates as an overlay, so, bad paths throughout your underlay? SD WAN isn’t going to offer a magical solution.

“WAN optimization and SD WAN are one and the same”

In an effort to keep customers from asking too many questions, you may find an MSP who’ll shrug off curiosity about SD WAN by claiming WAN optimisation can achieve the same results – but actually, SD WAN does offer more.

WAN optimisation is perfect if you’re handling TCP conversations over your network – and, as a desirable side-effect, may generate space for your more sensitive application data. Then again, if you’d like to address the situation more directly, as we’ve just discussed, SD WAN gives the opportunity to detect issues, then quickly and seamlessly find a better path -even across bonded links.

Why do the myths exist?

SD WAN offers some exceptional possibilities – but isn’t something to implement based on soundbites and hearsay.

If you want to know whether or not SD WAN is going to improve your performance, reduce costs, negate the need for particular elements of your network or make life significantly easier for your IT team, then it’s time to roll up your sleeves and look at your current WAN, performance and application – then ask some technical questions of an MSP who’s got your organisation’s best interest at heart.